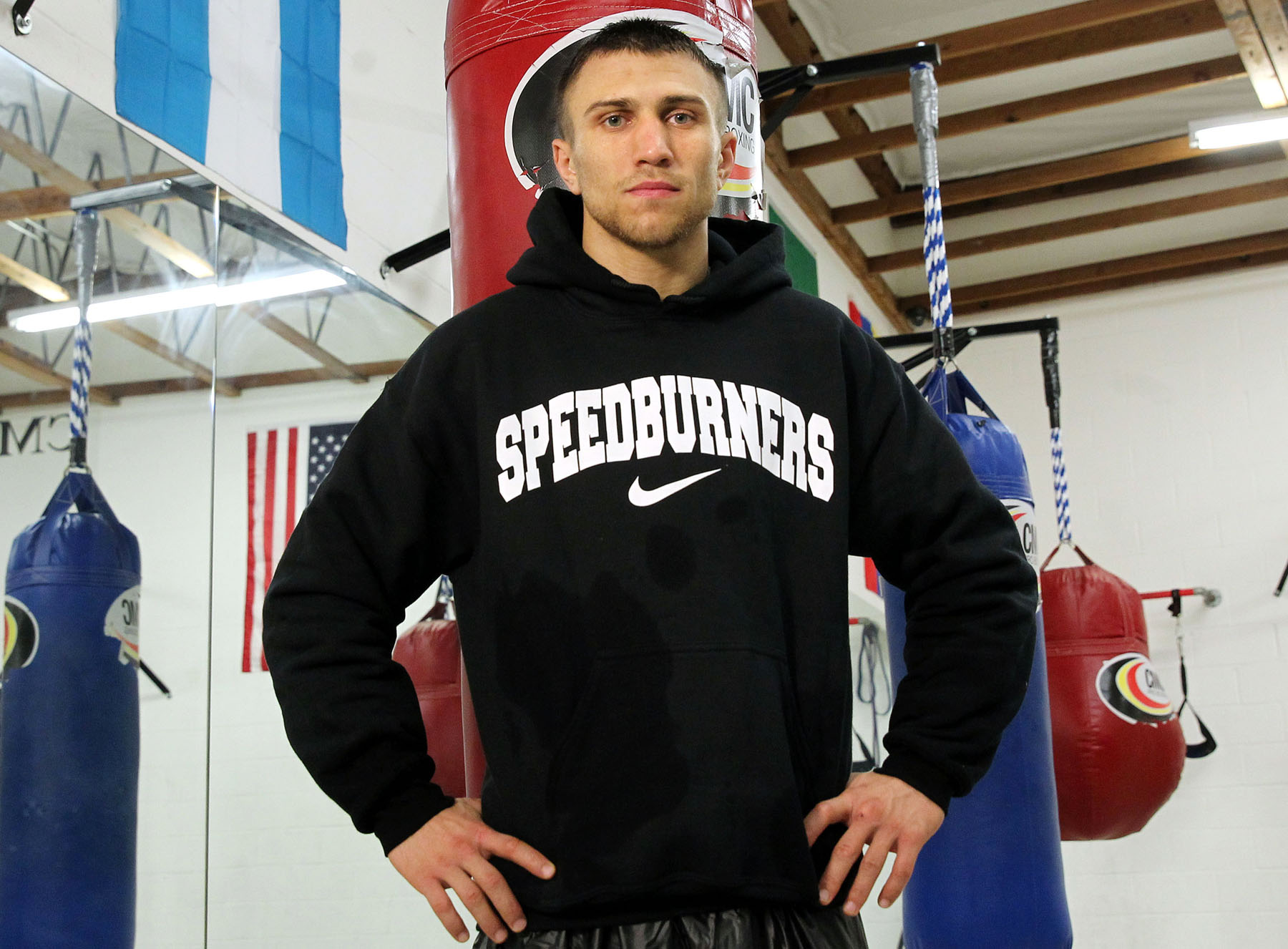 Feb 11, 2014, Los Angeles,Ca. — Two-time Ukrainian Olympic gold medalist and 2013 Prospect of the Year, Vasyl Lomachenko works out for his upcoming second pro fight where he will take on WBO Featherweight champion Orlando Salido of Mexico.
Salido vs Lomachenko will open the telecast as the featured bout on the undercard of the Julio Cesar Chavez Jr. vs Bryan Vera rematch battle, Saturday, March 1 , at the Alamodome in San Antonio, Texas and televised live on HBO World Championship Boxing®.
Promoted by Top Rank®, in association with Zanfer Promotions, Banner Promotions, Foreman Boys Promotions and Tecate, tickets to Chávez vs. Vera II are priced at $200, $100, $60, $40 and $25 (plus applicable taxes and fees), and can be purchased at the Alamodome box office, all Ticketmaster outlets, online at www.ticketmaster.com and via Ticketmaster charge-by-phone lines at (800) 745-3000.
— Photo Credit : Chris Farina – Top Rank (no other credit allowed) copyright 2014 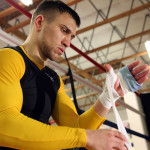 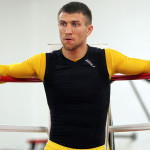