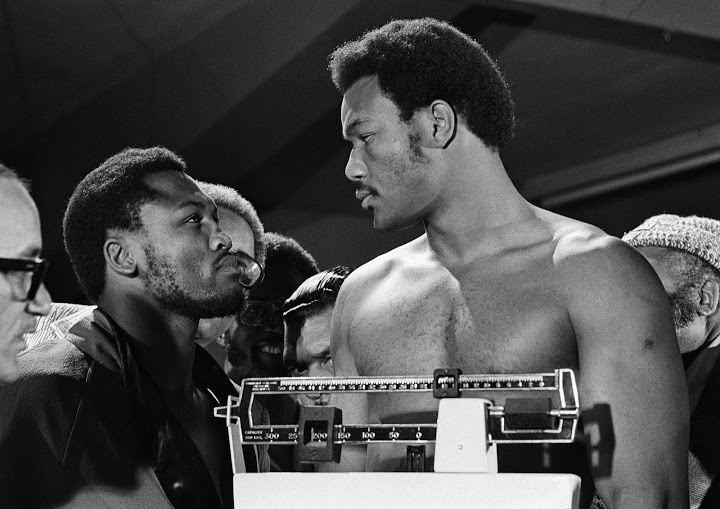 The Fight Game’s Muhammad Ali Tribute special — which premieres tonight on HBO — includes this exchange with former heavyweight champ George Foreman, a revealing series of quotes. Plus, we also have some videos

George Foreman on how his relationship with Ali evolved:

“It was the last of the ’70’s, I believe 1978, Muhammad Ali, I do not know how he got my number because he avoided me, he didn’t want to give me a title rematch. He called and complimented me for about 20 minutes then he said ‘George, would you do me a favor’, he knew I liked him, I said, ‘certainly.’ He said, ‘Please come back and beat Ken Norton and fight him for me. They are going to strip me of my title and I can’t beat him George you can. He’s afraid of you. I’ll let you use my training camp and everything but please come back and beat him for me.’

“That day forward we became the best of friends and we starting talking on the telephone. He’d call me, I would try to run him down wherever he be. We had these religious conversations. His children became good friends with my children. That is where the love affair began –right there at the end of the ’70’s.”

On losing to Muhammad Ali in 1974 – “The Rumble in the Jungle” and did Foreman beat the count?:

“The count was short. My trainer told me to get up. When I got up the fight was over. I thought I beaten the count myself but everybody jumped into the ring I said, ‘It must be over’ and I had no questions about that. And you know for good reasons I am glad I didn’t beat the count because he surely would have put it on me then.”