Best of a Nation

In our ongoing effort to be your go-to source for everything related to the history of boxing, we now proudly present the Best of a Nation series. This special section of the site will take a look at the best boxers by country of origin, including dozens of different countries and/or regions. It’s a great way to look back at some of the best boxers of all-time and to see how the countries stack up against one another. Take a look at the explanation process for the lists below, and view each individual section for the top 5 boxers from that country.

Explaining Best of a Nation Series & The Selection Process 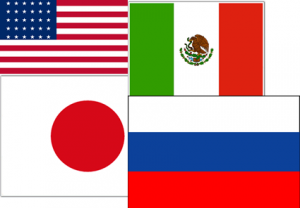 There are many challenges when compiling a “best of” series for all major boxing nations around the globe. The biggest problem can be determining which country a fighter should represent. Often times, it seems only the USA can benefit from immigration in this area. One way to avoid this is to go strictly off where a fighter is actually born. Therefore, a fighter like Kostya Tszyu will be considered Russian and not Australian.

There are exceptions, however. Marcel Cerdan is from Algeria, but is listed among France’s best. Is Cerdan any more French than Tszyu is an Aussie? No one is saying that. Algeria isn’t included on this list, so there is no harm in putting Cerdan in among France’s best.  Therefore, a fighter born in a country that is included will represent that country if his actual birthplace is not among the included countries on these lists, with the reverse scenario also applicable.

In other words, Cuban-born/Mexico-based Jose Napoles would be on Mexico’s list, but since Cuba is represented, he is on that list. A country with enough good boxers to even warrant a “best of” list should be able to claim native-born fighters as their own. If that country does not have much boxing tradition and a native fighter finds success elsewhere, then he should be eligible to be included on that nation’s list. So if Haitian-born Canadian Jean Pascal keeps having success, he might one day be included on Canada’s all-time list, being that Haiti does not have a top-five.

Any method one uses to go about this is going to be problematic. One downside to the “native-born” rule is that some fighters get listed among a country’s best, despite never having really represented that country. Bob Fitzsimmons being listed among England’s best and not Australia might offend some. Australia is a difficult country in regards to this rule, with many of their best fighters having actually come from other places, despite being roundly considered “Australian.” So this isn’t always a perfect framework, but seems at least slightly better than any other method that comes to mind.

All notable countries have their own category, but there are a few twists. Basically, if a country can field a team of 5 notable boxers—it gets a list. Russia and Ukraine have a list, but none of the other former Soviet Republics have enough boxers to form one, so there is a top five for all those countries combined. In Africa, only Ghana and South Africa have a list, so a category was formed for “the rest of Africa.” All the islands in the Caribbean were also given a combined list.

These top-fives were very carefully constructed, as we take the business of boxing history seriously. If requested, justifications can be offered for all the different rankings on the list. Let the debates begin!