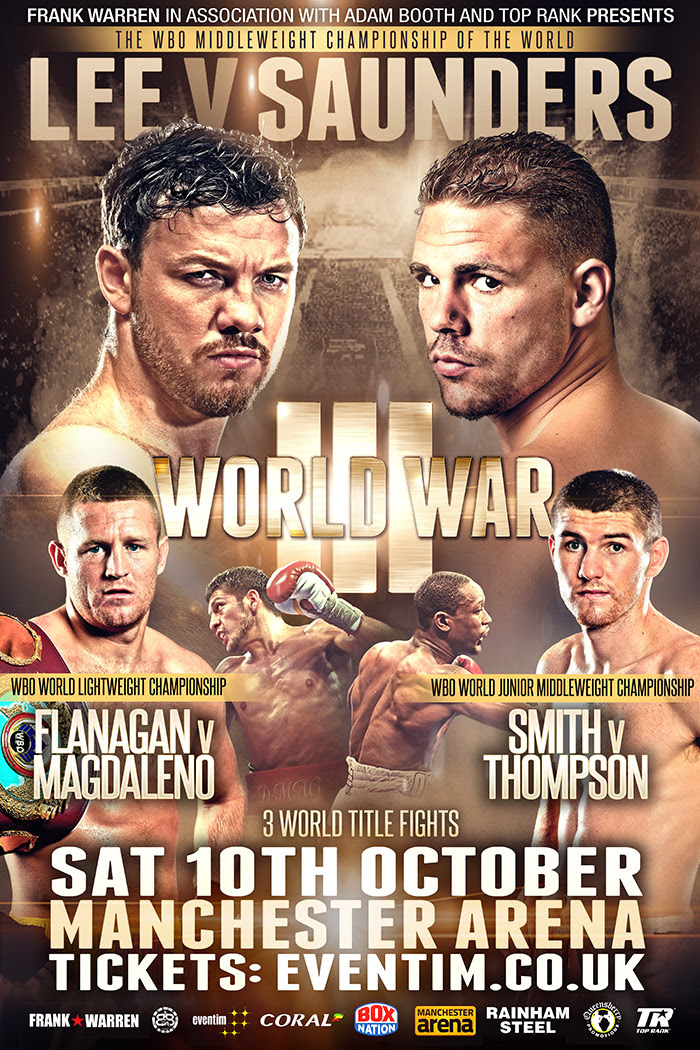 Billy Joe Saunders’ WBO Middleweight title challenge against champion Andy Lee on Saturday October 10th has had to be postponed after Saunders received a cut eye in sparring. This is the second time that Lee vs. Saunders has been postponed, with the first being due to an illness suffered by Lee. These two fighters and this fight just can’t catch a break.

Hatfield star Saunders is devastated that his fight against Irish rival Lee has taken a further delay following last month’s switch of venue and date from Thomond Park in Limerick, but is remaining positive and is awaiting news from his specialist.

“First of all I’m sorry to Andy and all the fans that this fight has had to be postponed again,” Said Saunders.

“It’s completely unfortunate that I got a cut during a sparring session, but there’s nothing I can do now until the specialist advises me on when I can resume training and fight again,”

“I’m committed to this world title fight, I’m the WBO mandatory challenger and the WBO have confirmed that I’ll remain the mandatory challenger. It’s just a very frustrating situation at the moment as myself and Andy just want to get in the ring and fight after all the delays.”

Promoter Frank Warren is currently working tirelessly on some further exciting options to replace the fight on the show that he aims to secure and announce shortly and will also announce a new date for the Lee v Saunders world title fight.

“It’s a real shame that Billy has been forced out of the fight because of a cut and we await the report from the specialists so that we can look to reschedule the fight as soon as possible for the fans,” Said Warren.

“Whilst Saunders v Lee has fallen through, there are two thrilling world title fights on the show with Terry Flanagan facing a dangerous first defence against tough American Diego Magdaleno and Liam Smith has a big test against American upsetter John Thompson. The show is backed up with more title fights featuring some of the best up-and-coming talent including Liam Walsh, Jack Catterall, Tom Stalker v Craig Evans and much more,”

“It’s a disappointment, but I’m very optimistic that the show is still one of the best of the year, if not the best, with a top class line up.”

Members of the public have seven days from today (Tuesday 1st September) to get a refund for the full face value of their ticket at the original point of purchase.