50,000 tickets were sold in first period of ticket sales for the World Heavyweight unification blockbuster between Anthony Joshua MBE and Wladimir Klitschko on April 29 at Wembley Stadium Connected by EE. 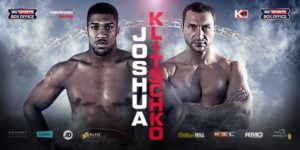 The Joshua vs. Klitschko tickets which were available across Club Wembley, Matchroom Fightpass and on general sale via Wembley and StubHub have now sold out with the second batch of tickets to be released on January 16.

Coach packages have been made available in order to maximise the available capacity at Wembley and remain on sale via See Tickets by calling 0844 871 8808 or at www.seetickets.com with various pick up/drop off locations available.