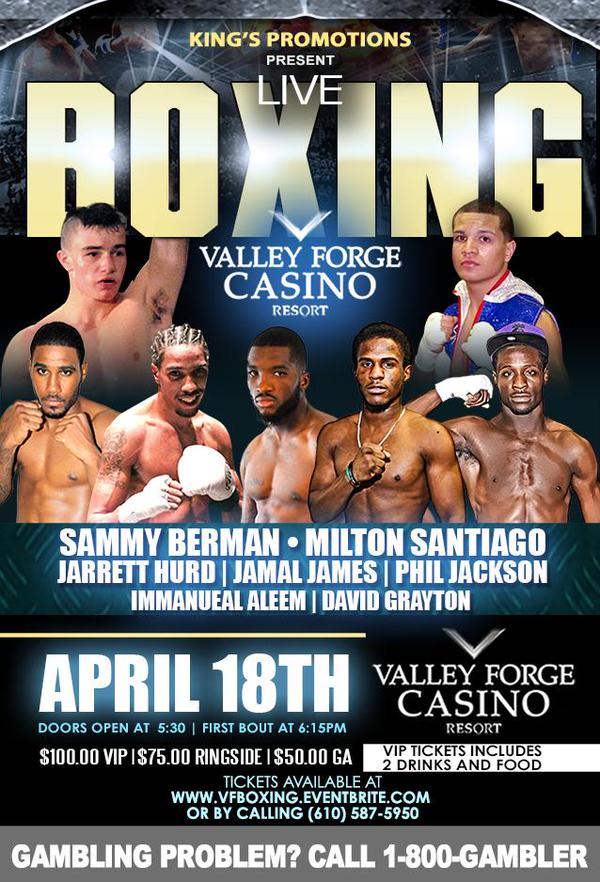 On Saturday night, April 18, at the Valley Forge Casino Resort, King’s Promotions will present a night of boxing that will be headlined by an 8-round super middleweight bout between Phillip Jackson Benson and Darnell Boone. 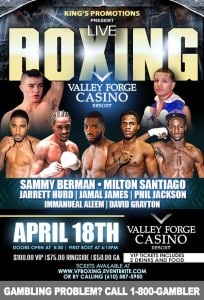 Benson of Brooklyn, New York has a record of 15-1 with 14 knockouts and has won twelve straight fights with eleven of those coming via the stoppage route.

Boone of Atlanta, Georgia is known as one of the”toughest outs” in the sport and may have most deceiving record in boxing that reads 20-21-4 with nine knockouts.

In the eight-round co-feature, undefeated welterweight Jamal James (15-0, 8 KO’s) of Minneapolis, Minnesota will see action against an opponent to be named.

Sammy Berman (1-0, 1 KO) of Collegeville, PA. will tangle with Courtney Knox (1-4) of North Carolina in a welterweight bout.