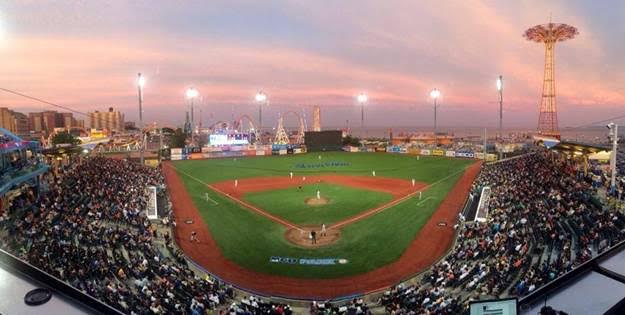 Dmitriy Salita and his Brooklyn Brawl series will heat up Coney Island on Tuesday, Aug. 25, with “Boxing At The Beach” at MCU Park, the home of baseball’s Brooklyn Cyclones. Salita Promotions will host the fight card at the New York Mets’ minor league venue on that evening, giving New York City area sports fans a chance to catch rising stars and contenders as they rumble at the boardwalk.

“I am very excited to bring the Brooklyn Brawl series to the home of the Brooklyn Cyclones in Coney Island,” said Salita, who fought out of Flatbush, Brooklyn, as a professional. “Coney Island is a world-famous gathering place and a hub in New York City, where people come to get rest and relaxation and fabulous entertainment. August 25 will be a historic event that will feature world-class boxing in a festive atmosphere. I encourage everyone to ‘punch up’ their summer plans and join us!”

Junior welterweight prospect Treysean “Trigger” Wiggins (6-1, 5 KOs) has signed on for the Brooklyn Brawl fight card, itching to count another knockout among his burgeoning total, and add to his reputation as the fighting pride of Newburgh, N.Y. Wiggins will face the toughest test of his career as he takes on former top ten world-rated junior welterweight contender and always upset minded Francisco “El Gato” Figueroa (20-7) of The Bronx.

By way of Kazakhstan, and now making his home in Brooklyn, Bakhtiyar Eubov (6-0, 6 KOs) looks to impress his new hometown fans with another knockout performance. The amateur standout is now living and training out of Marine Park, and each of his six wins have come via stoppage.

Fighting out of Jamaica, Queens, Giorgi Gelashvili, a junior welterweight making his professional debut, is a former three-time Georgian national champion looking forward to impressing at the famed summertime hot-spot, with several more fighters and matchups to be added to the Aug. 25 card at the beach.