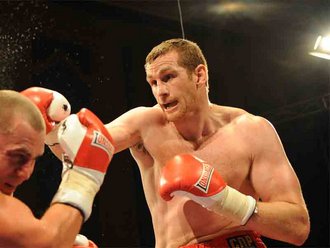 There’s an exciting slate of fights in the UK this weekend. Right here, you can find a complete rundown of the top British boxing action, including fights for David Price, James DeGale and more. Take a look at what you can expect to see. 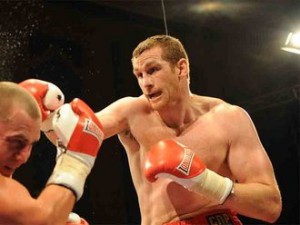 Seldom am I inclined to repeat the words of promoters, but when Frank Maloney described his main event at the Liverpool Echo Arena this Saturday as having ‘a little touch of magic’ I have to say I agree. His match-up pits the unbeaten British and Commonwealth Champion, David Price, against former world title challenger Audley Harrison and is an intriguing one.

It’s one of the biggest domestic Heavyweight showdowns since Lennox Lewis stopped Frank Bruno in the 7th round in 1993 and has enough unpredictability about it to spark real excitement. Price is a clear and firm favorite and all expectations are that in front of an 8000-strong hometown crowd, he will finish the 40-year-old Harrison inside the distance and put an end to the Olympic Gold medalist career.

However, the fight represents a definite step up in class for Price. Despite Harrison’s failure to claim a credible world title and the general unpredictability of his performances since turning pro in 2001, he is a former European champion and holds wins over fringe-world level contenders like Danny Williams, Michael Sprott and Tomasz Bonin.

We all know that when in the wrong frame of mind Harrison is capable of retreating into his shell and frustrating audiences, journalists and promoters. The British and indeed the world boxing public pretty much gave up on him after his pathetic performance against David Haye. But when he has seemed at the end of the road in the past, he has found surprising levels of heart and power, such as his 3rd round knockout of Danny Williams in 2006 or his miraculous knockout of Michael Sprott in the last round in 2010, when he had sustained a shoulder injury in the early rounds and fought most of the fight single-handed.

This is what makes Saturday’s contest so fascinating, Harrison has absolutely nothing to lose. It’s win or bust and when in similar positions in the past it has brought the best of him.  If Harrison takes the fight to Price and puts him under pressure, it will be interesting to see how the young contender reacts.

Price will want a convincing win to project himself onto the world stage and he has the tools to produce one. The questions remain over how he will respond if Harrison comes out aggressively and tags him early on as it is not something he has faced so far in his career. I recently tipped Price as my number two pick to inherit the mantle of the Klitschkos. We will learn a lot about him this weekend.

Prediction: Price is a class act and I expect him to win, but I firmly believe we will see a strong Audley Harrison performance on Saturday. The fight will go into the later rounds and both men will have spells on top before Harrison’s middle-aged legs get heavy and he is stopped in the 9th or 10th.

The theme for the weekend is clearly fallen Olympians, as while Harrison prepares to ride into the sunset against Price, James DeGale, the 2008 gold medalist who vanished from the public radar after his defeat to George Groves, will be defending his European Super Middleweight title against Hadillah Mohoumadi in Bluewater, Kent.

It should be a routine defense for DeGale. There is already talk of moving him up to fringe world level in December or January, with Kelly Pavlik being mentioned as a potentially fascinating match-up.

Prediction: ‘Chunky’ is in phase 2 of his pro career after losing to Groves. A slip-up now against mediocre opposition would send him right back to square one and I just can’t see it happening. DeGale remains a talented fighter, with knockout power, although his attitude sometimes seems questionable. He wins between rounds 4 and 6.

The undercard of both bills contains some interesting fights.  In Liverpool, Price and Harrison are supported by Shane McPhilbin and Jon-Lewis Dickenson fighting for the British Cruiserweight Title. McPhilbin is a narrow favorite in what should be an explosive bout. Steve Williams is looking to upset the odds in his challenge for Darren Hamilton’s British Light-Welterweight championship and Chris Edwards and the unbeaten Kevin Satchell face off for British and Commonwealth flyweight titles.

Chris Eubank Jr has been trying to talk up a fight against DeGale in the tabloids, despite only having 6 pro fights on his record. He will get a chance to further prove he is a chip off the old block as DeGale’s main support. Also fighting in Kent is WBC International Super Bantamweight champion Kid Galahad.