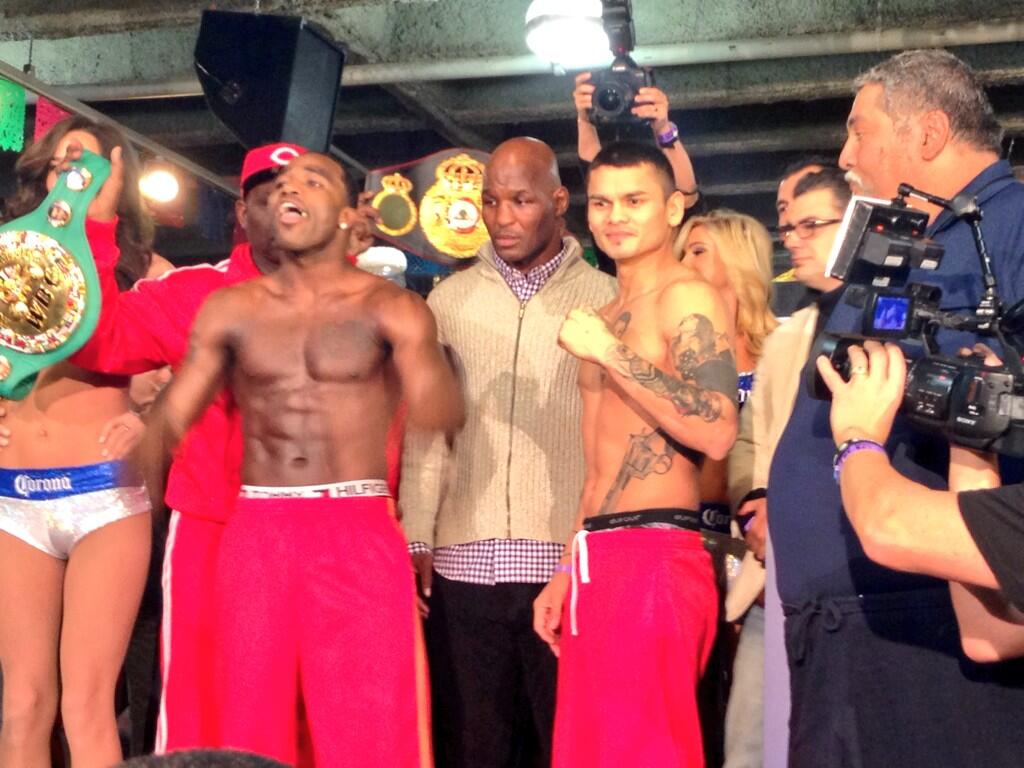 Right here, you can find the complete Adrien Broner vs. Marcos Maidana weigh-in results, as well as the official fighter weights for everyone who’s in action, including Keith Thurman vs. Jesus Soto-Karass, Leo Santa Cruz vs. Cesar Seda and Beibut Shumenov vs. Tamas Kovacs. We also have a great photo gallery of the weigh-ins as well. Take a look!

Broner comes in very light for this fight. As you could expect, there were some hijinks going on between Broner and Maidana at the weigh-in. Broner got close to Maidana while he was on the scales, and Maidana shoved him off. Broner kept on hopping around and shadowboxing, very hyped up.

In the stare down, Broner was talking and talking, while Maidana just had a sort of bemused smile on his face. There’s no psyching out “El Chino”, that’s for sure, but Broner was definitely trying to get into his head.

Be sure to stop back in with us on Saturday night for our full coverage of the entire card, the aftermath and live updates all night long, and thanks for checking out our Broner vs. Maidana weigh-in results!