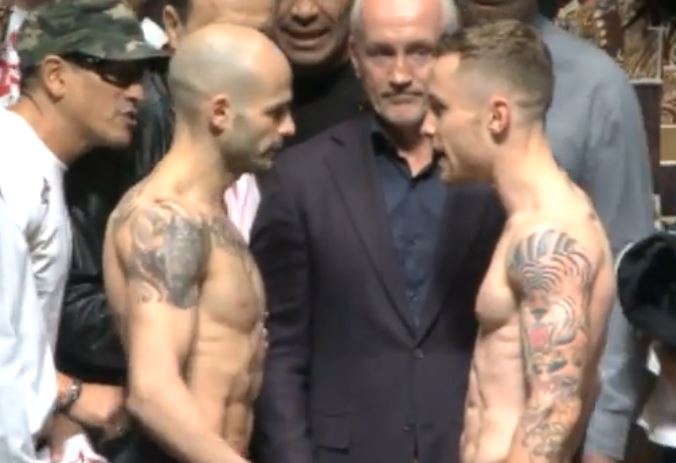 The official weigh-in was held this afternoon for the rematch between Carl Frampton and Kiko Martinez. Each man made weight and is clearly ready for fight night, as the two had to be separated after some intense back and forth, and some shoving, and the weigh-ins. Take a look at the weigh-in video and the official weights below.

After each man stepped on the scales, Frampton came charging up to Martinez and got in his face, head to head. Martinez then pushed him off and the two were then getting into a bit. There was plenty of back and forth yapping as they have had enough of one another and are ready to get back in the squared circle.

There was a huge crowd of enthusiastic, rowdy fans at the weigh-in, in support of their man Frampton. Stay tuned later in the weekend for more on the Martinez vs. Frampton rematch and the fight results.