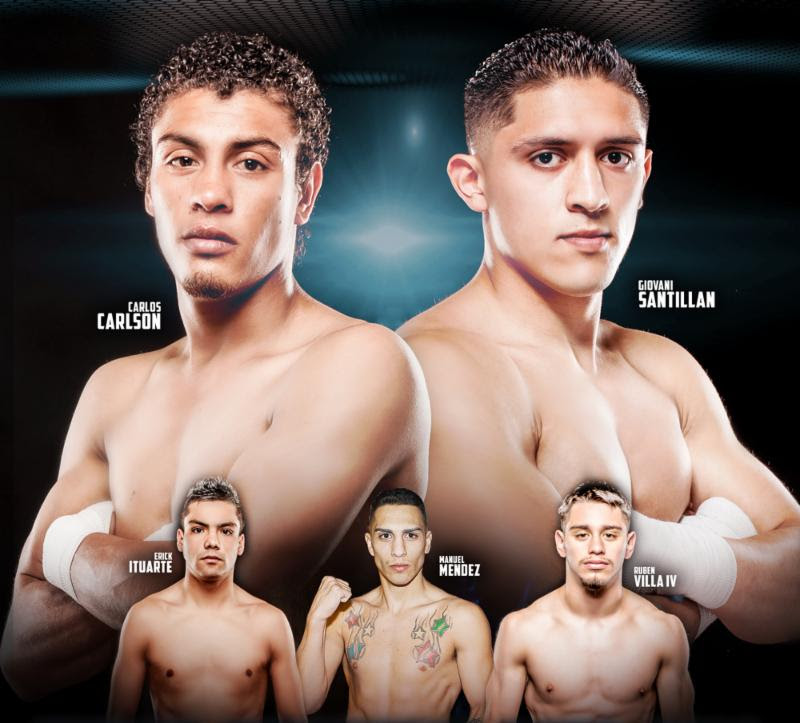 Carlson (21-1, 12 KOs), an elite bantamweight ranked number eleven by the WBC, is coming off a unanimous decision win over veteran Giovanni Caro in April. Carlson, who is based in Mexico, delivered a smooth performance by out boxing Caro through six rounds.

“I’m excited to step back in the ring,” said the 26-year-old. “I’ve had an intense training camp. The sparring has been great. I’m looking forward to getting another win.”

Carlson’s opponent will be announced at a later date.

In the “Locked n’ Loaded” co-feature, the undefeated Santillan (19-0, 10 KOs) looks to continue his unbeaten ways against an opponent to be named later.

The southpaw from San Diego last fought in April against Jose de Jesus Macias. Santillan, who fights in the junior welterweight division, dropped Macias in the second round with a counter right hook, and from that point forward, established the tempo required to defeat the lanky striker from Mexico (80-72, 79-72, 78-73).

“I’ve stayed busy since my last fight,” Santillan said. “We’ve been in the gym working on different things. I’ll be ready to go in a few weeks.”

Full fight card with opponent information will be announced shortly.