The majority of fans’ focus and attention will be on Saudi Arabia this Saturday night for a certain Heavyweight world title fight, but later on in the evening, the Barclays Center, Brooklyn, also sees a night of world class action.

Top of the bill sees Jermall Charlo round off his 2019 with a tricky world title defence, and British interest too, with Chris Eubank Jr making his USA debut.

Eubank Jr (28-2, KO21) will hope to build on arguably his career best win last time out, when he dominated James DeGale for the vacant IBO Super Middleweight title back in February.

Eubank dropped “Chunky” in rounds two and ten, and controlled the fight to record a unanimous points win. A pay-per-view fight with John Ryder was then mooted for the summer, but the contest didn’t materialise, and Junior moves back down to middleweight to take on a dangerous assignment in decorated amateur and former world title challenger, Matt Korobov (28-2-1, KO14). 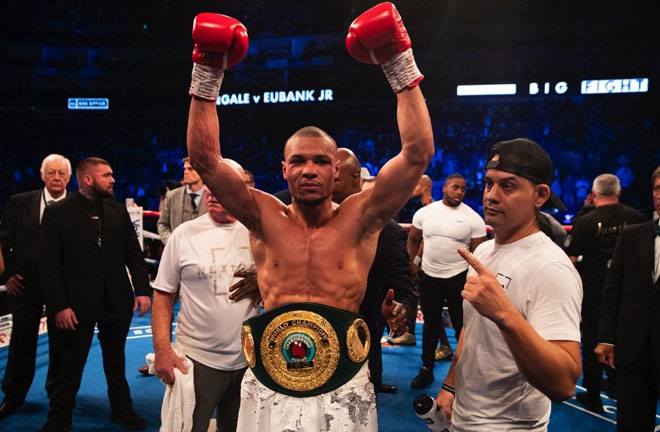 36-year-old Florida based Russian, Korobov won 2005 and 2007 world championship gold, and was a standout in the unpaid ranks.

He has flattered to deceive in his professional career however. He turned over in 2008, after suffering a shock defeat at the Beijing Olympics, and racked up 24 straight wins, including a points win against Jose Uzcategui, to set up a shot at the vacant WBO middleweight crown.

It was all going so well for him after six rounds of his meeting with Andy Lee in December 2014, with Korobov well ahead on the cards, using his technical skills to the full, but a sudden power right hook from Lee staggered Korobov, badly hurting him, with the Irishman following up with a fistic flurry causing the end of the contest.

Korobov racked up four straight points wins following the Lee reverse, but is 0-1-1 in his last two contests. Jermall Charlo outscored him in an interim WBC contest in December last year, followed by a controversial draw in his last outing against Immanuwel Aleem back in May.

Eubank Jr is far from perfect though, despite his flashy style, and George Groves handily outpointed him in a challenge for the WBA ‘Super’ Super Middleweight belt in February 2018, showing he is beatable. Billy Joe Saunders also defeated the Brighton man via split decision in November 2014.

Prediction: This fight is a man that likes to attack with speed and power in Eubank, against a technical, amateur-style fighter in Korobov, and it could make for a really interesting clash of styles. Korobov is tough, but can be hurt, and I think Eubank’s relentless pressure could force a late stoppage here.

Texan, Jermall Charlo (29-0, KO21) defends his WBC middleweight title for the second time in New York atop this bill, and he faces an Australian-based Irishman coming up in weight, and off a controversial loss. 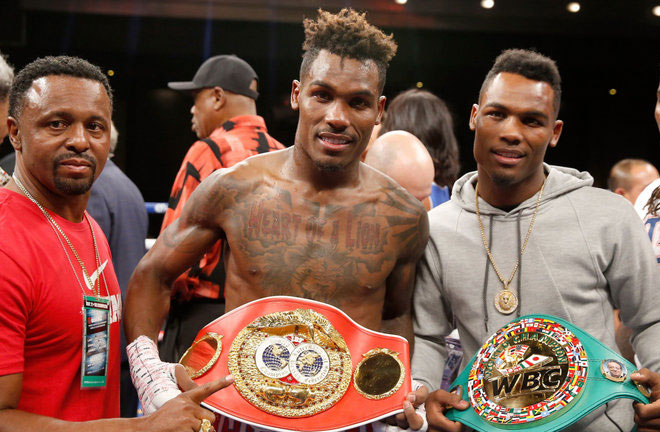 Dennis Hogan (28-2-1, KO7) was last seen in April, travelling to Mexico, to the back yard of the dangerous WBO super welterweight champion, Jaime Munguia.

“Hurricane” Hogan largely controlled the action against the big punching South American, but was always going to struggle to get the nod in hostile territory. This was proved in a majority decision win for Munguia, who escaped with his belt. That loss snapped a six fight winning streak for Hogan, since a 2015 points loss to Jack Culcay in Germany.

Charlo is one half of the fighting twins, alongside former WBC super welterweight champion Jermell, and is a two-weight world champion in his own right.

He captured the IBF super welterweight crown in September 2015, with a third round stoppage of Cornelius Bundrage. He made three defences against the likes of Austin Trout and Julian Williams before moving up to Middleweight.

The 29-year-old won the interim WBC belt with a second round knockout of Hugo Centeno Jr and defended against the aforementioned Matt Korobov, before being upgraded to full champion. He celebrated this in his last appearance, winning every round on two cards in a one sided points win against Brandon Adams.

Prediction: Hogan wasn’t a noted puncher at 154lbs and isn’t likely to become one up at Middleweight. Charlo is rangy and has good technical skills that may frustrate Hogan. This looks set to go the distance, and the pick is a wide points win for the champion.