Josh Warrington arguably deserved somewhat of an easy touch following three fights against some of the very best at featherweight.

After claiming his prized IBF belt against Lee Selby under the floodlights of Elland Road, home to his beloved Leeds United, the new champion walked straight back into the trenches to face former world ruler Carl Frampton in another pick em fight.

Warrington once again proved his world-level credentials, rocking and overpowering his Northern Irish opponent on a unanimous decision. 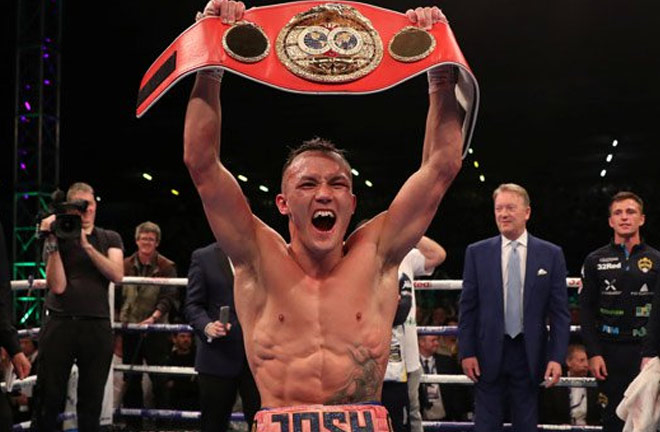 However, the 28-year-old was allowed no rest bite as Dominic Ingle trained-mandatory challenger Kid Galahad followed. The bout developed into a gruelling, tough night for ‘The Leeds Warrior’ who prevailed on a split decision, perhaps controversial, but another successful world title defence on the record more importantly.

Therefore, you can hardly blame him for taking on unknown, but seasoned Frenchman Sofiane Takoucht, in essentially a tune-up fight before a potential unification with one of the more esteemed champions.

Whilst Takoucht was by no means the preferred choice, he was perhaps the best option available at the time with former WBO featherweight champion Oscar Valdez and former WBA holder Leo Santa Cruz both relinquishing their straps, instead deciding to move up in weight.

It is not clear yet whether Warrington will decide to take the remainder of the year off to recover and recuperate ahead of surely a defining 2020, but with no date yet announced it appears increasingly likely that the Yorkshire star will return in the new year and here are some of the possibilities available to him.

Warrington remains desperate for a unification bout to wet his appetite and American WBC champion Gary Russell Jr (30-1) would certainly be a viable option. Russell Jr took pound-for-pound great Vasyl Lomanchenko the distance in 2014 in a failed attempt to claim the WBO featherweight crown; his only professional defeat to date. 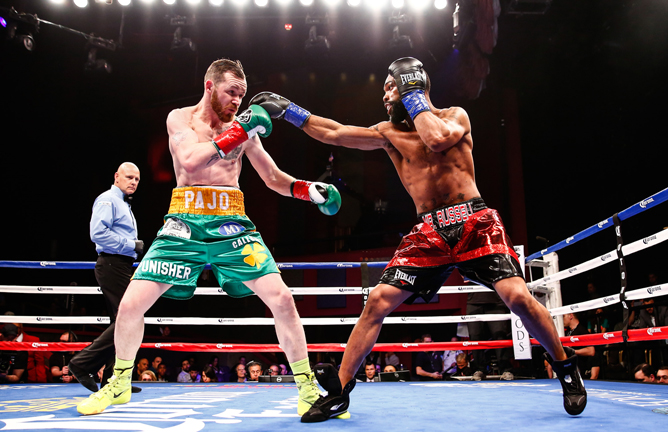 However, Russell Jr who has the nickname “Mr” has held the WBC title since stopping Jhonny Gonzalez in 2015, with four successful defences. But his inactivity remains a real problem in securing a potential unification.

The 31-year-old has continued to fight just once a year since 2015, although he proved defied the critics with a fifth round stoppage of former world super-bantamweight Kiko Martinez in June, whilst the Spaniard took Warrington the distance in 2017, before losing on a majority decision.

Russell Jr would provide Warrington with the US fight he so craves, however he’d have to likely be prepared to wait until the spring or summer of 2020 to face him, with the American set to pencilled in to face former Olympic silver medalist Tugstsogt Nyambayar on February 8.

Although it appears good news for Warrington with the early signs suggesting his rival will be looking for an active year and meaning a fight between the pair should not be ruled out.

Unbeaten American Shakur Stevenson (13-0) is the most likely unification, after he picked up the vacant WBO title vacated by Oscar Valdez.

The 22-year-old secured a unanimous decision over Joet Gonzalez, in what became a bizarre grudge fight despite Gonzalez’s sister being the partner of Stevenson.

“Sugar” is a rising star on the American scene and an Olympic youth champion at flyweight. 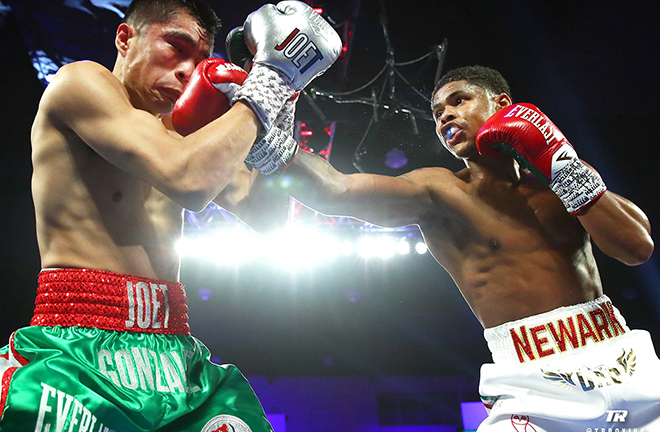 Warrington, 28, would be the favourite with his high level of experience at world level, however Stevenson appears fearless and could prove a stiff test to overcome. In 13 bouts, the Newark-native has proved he can go the distance as well as having the power to stop seven of his foes.

Whilst he may not have the name in the US as Russell Jr, a deal seems easier to make, with the youngster even willing to come to England to face Warrington.

“I’m cool with coming to the UK” Stevenson said.

“He’s (Warrington) been a champion longer and I have respect for him to and what he’s done.

“He beat a lot of names already and he was definitely the underdog going into those fights.

“I don’t take any credit away from him, I don’t mind going into his backyard for the fight.”

Warrington’s promoter Frank Warren confirmed to Pro Boxing Fans they are in “advanced stages” with Stevenson with an announcement expected soon.

A rematch with Barry “Kid” Galahad is probably a bout Warrington and his team would prefer to avoid, but the decision may be out of their hands. Despite his defeat to to Warrington in June, Galahad (26-1) has propelled himself back into the number one position again without even competing. Should Galahad beat Claudio Marrero on February 8 in Sheffield in an IBF final eliminator then he will be in line for another shot at the belt he lost to on a split decision in June. 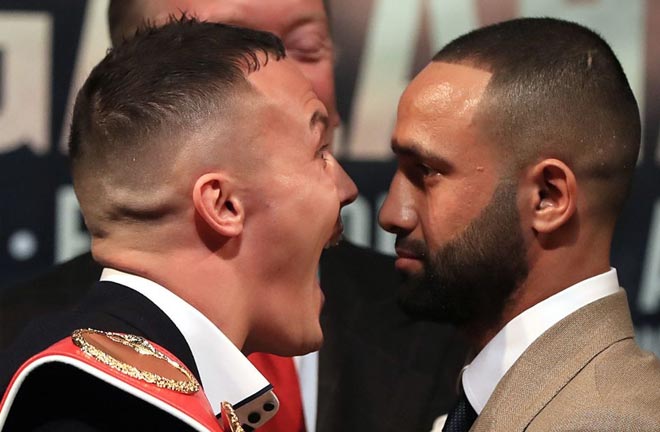 Warrington and his promoter Frank Warren expressed their anger at the decision to put Galahad within one fight of mandatory status again, meaning Warrington would either have to face him again in 2020 or vacate the belt he has worked so hard to win and then defend.

That said, the first fight between the pair was so close that a rematch would be justified and whilst the build-up was compelling the fight itself failed to really ignite and the styles just didn’t particularly gel as many expected thus a second helping may be difficult to sell over a unification match-up. However, the bad blood likely still remains which would make for another grudge fight week.

It remains to be seen who Warrington decides to fight, or is forced to face, but it seems likely that he will head to the US and live his dream against Stevenson or Russel Jr in a huge unification, before tempting the other back to Elland Road for another unification.