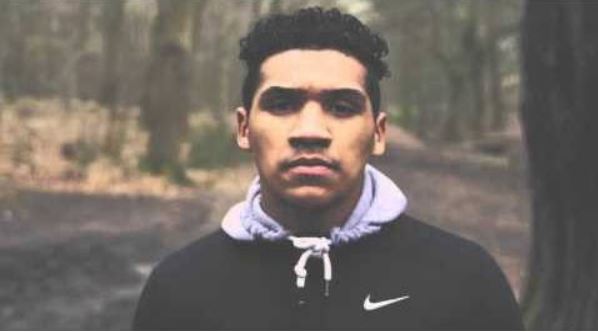 Conor Benn has signed a promotional deal with Matchroom Boxing and will make his professional debut on the undercard of Anthony Joshua MBE’s IBF Heavyweight title clash with Charles Martin at The O2 in London on April 9.

The 19 year old son of British boxing legend Nigel kicks off life in the paid ranks at Super-Lightweight under the guidance of trainer Tony Sims, and Conor says his goal is to outdo his iconic Dad’s incredible achievements as a two-weight World champion in the 90s.

“I’m Conor Benn, but I’ll always be known as Nigel’s son,” said Conor Benn. “Until I get inducted into the Hall of Fame, until I win World titles at three weights – not two, because that’s what my Dad did and I need to do more – until I’ve become the youngest World champion or won more belts, I’ll always be Nigel Benn’s son, and achieving more will be very hard.

“I’ve been boxing for about three years now, I didn’t know that fighting was made for me but I do now. I think I’ve progressed really quickly. People say it’s because of my surname – it’s because of that and that I can fight like my last name.

“My Dad didn’t really want me to fight, he thought that I would give it a try and have it as a hobby, but it escalated really quickly. He said there were a million other things to do, why do you need to fight? But I have no choice but to fight because it’s in me, it’s what I want to do, I want to be the best.

“I’m scared about my debut. I’ve come to England by myself and the pressure on my shoulders is intense. But the fans have embraced me already, I feel they are going to be behind me, but I thrive on fear. No-one understands the position I am in, to have a legend as a Dad and then move accross the world at 19, leave my family behind, walk into media pressure straight away. But once a day I have a feeling that no-one can touch me, because if anyone wants to have it with me, I’ll have it with them.

“I feel at home with Tony. I trust him 100 per cent. He looks out for my best interests and in the gym, in the space of three months he’s changed me from fighting like a boy to fighting like a man. I don’t know how, but he’s done it, and that’s why he’s one of the top trainers in boxing, he’s turned me into a fighter and an animal.”

Nigel Benn won World titles at Middleweight and Super-Middleweight in his glittering career that saw ‘The Dark Destroyer’ pack stadiums and arenas and thrill huge TV audiences with his all-action style and brutal power.

The 51 year old will be in London next week for a press conference and will attend Conor’s debut, but says he will allow Conor to forge his own path in the game under the guidance of Hearn and Sims.

“I’m really excited for Conor, he’s incredibly talented,” said Nigel Benn. “If I look at myself at 19 next to Conor, there’s no comparison, he’s so much better than I was. He has all the fighting instincts in him and he’s got so much ability, he’s going to be special and he’s going to go on and be better than me, I really believe that. He’s got the heart of a fighter.

“I’m so happy that he’s teaming up with Eddie and I just hope they can develop the sort of relationship that Barry Hearn did with Chris Eubank, and take Conor all the way as they are the new generation, being with Eddie is going to help him so much with Sky Sports backing him.

“Conor is his own man, he’s not following my footsteps, he’s making his own path and he’s completely different to me and I want him to have his own identity. Conor doesn’t need me, he’ll get to the top without me and surpass everything I achieved – I really believe that.

“I sparred with him recently and I tried to knock him out – seriously. He said ‘yeah?’ And I threw the kitchen sink at him and he threw it back at me. I was 20 kilos heavier than him and he said ‘I’ll have it with you’. He was Super-Lightweight and I’m at Cruiserweight, but I tried to bang him out and he wouldn’t budge. I’ve filmed that and when he becomes World champion I’ll show it to everyone. That’s how good he is.

“Conor works with Eddie and Tony, I’m not going to get involved. I just want Conor to know that if he needs advice, I’m on the other end of the phone whenever he needs me. We’re going to invest the money he makes from the sport so at the end of the day, he’s got a nice life and he’s comfortable when he hangs them up. I’ll be at his debut at The O2 and then afterwards, that’s it, I’ve got my own life to live in Australia, as much as I love my son, he’s going to make the decisions on his career with Eddie and Tony and he knows he can call me if he needs my help.”

Hearn added: “Sometimes you meet a young fighter that just gets you excited. Conor Benn has that look in his eye, that hunger and genes you just cannot buy.

“Watching him progress under Tony over the past few months has been a pleasure to watch, he had a style so similar to his father but is completely his own man. This is going to be a wonderful journey and fight fans need to be very excited about Conor Benn.”