Mayweather vs. Maidana 2 – Analyzing the Rematch & How El Chino Could Emerge Victorious:

Depending on whom you asked, the first fight between Floyd Mayweather and Marcos Maidana either foreshadowed greater things to come should the hard-charging El Chino get another 12 rounds to work with, or displayed the best-possible performance and outcome that Maidana will ever muster against Mayweather.

Fans are clearly split not only on just how close that first fight really was, but whether or not Maidana has a legitimate chance to hand Mayweather his first loss given this second opportunity. Here are three “what if” scenarios to consider which could steer Maidana to victory come September 13th.

What if… Mayweather doesn’t become more focused, but more complacent? 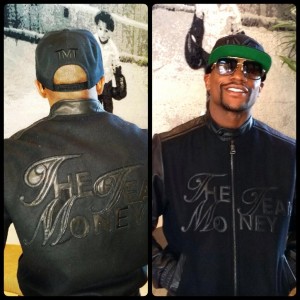 One school of thought has it that Mayweather was less than 100% locked in for the first fight against Maidana. Not only did he become flustered at times — more on that below — but for the first time I can recall he displayed visible signs of tiring.

Mayweather has always been known for his supreme fitness, along with his steadfast commitment during training. However, is his lifestyle, combined with his advancing age and his always expanding personal aura of invincibility catching up with him, or at least beginning to creep and trickle in, at least a teeny-tiny bit?

But wait, if Mayweather wasn’t at his highest levels of concentration and conditioning for the first fight, he should correct that problem for the rematch, right? Not necessarily. In fact, since he emerged from the first fight with a clear, if hard-fought, victory, even at less than his best, than perhaps mentally he actually takes it easier this time.

He could be thinking to himself “I already figured this guy out and he had everything go his way. The second fight will be no sweat.” That line of thinking is unlikely for Mayweather, despite his boundless braggadocio, but if he goes down that path it could spell disaster for him.

Mayweather was cut for the first time in his career against Maidana, and it was a head butt that did the job. Throughout the fight there were head butts, low blows, forearms to faces, holding and hitting, and more.

The cut itself proved to be a distraction on its own, leaving Mayweather preoccupied as red drops showcasing his own mortality for the very first time trickled down his face and into his eye.

Mayweather, like Bernard Hopkins, is used to slyly doling out his own dirty boxing, and certainly didn’t enjoy receiving it in return, particularly with a physically stronger guy holding a 15 pound weight advantage bearing down on him. Mayweather’s distress was easily seen on his face at times, as he looked to the referee to complain after another illicit shot of one form or another was delivered.

All told, Maidana did a more effective job of taking Mayweather out of his element than anyone since Jose Luis Castillo. Don’t expect him to play any nicer this time. It also works in his favor in more ways than one. Mayweather remains peeved about the head butts and the cuts, and could fall right into Maidana’s trap if he becomes more interested in returning the favor than hitting and not being hit.

What if… Maidana lands the perfect shot?

It’s called a “puncher’s chance” for a reason, and few men in the business carry more of a threat in that regard than Maidana. The first fight showed he could rattle Mayweather, and in conjunction with the aforementioned no holds barred gamesmanship, and an effective and tireless campaign of body punching, slow Mayweather down and do real damage.

The missing piece was the one fight-changing, history-rewriting perfect punch or combination. Make no mistake about it, Maidana absolutely has the wherewithal to land that shot, especially now that he’s under the tutelage of Robert Garcia. Given enough rounds in the ring with anybody, you would think it would become more of a matter of when it happens, as opposed to whether or not it does.

Still, don’t expect Maidana to be able to wear his favored gloves, come fight night. He’ll have to hit his home run with the bat Mayweather lets him stand at the plate with.

So is it possible, could Marcos Maidana defeat Floyd Mayweather?

I believe Mayweather wins the fight, and I also happen to be in the camp that says he’ll do it even more convincingly than he did before. But yes, it’s absolutely possible, and it would hardly be the most shocking result we’ve ever witnessed. These are three legitimate what if scenarios, and any one of them could lead to Maidana being lifted onto Garcia’s shoulders in celebration after the final bell.