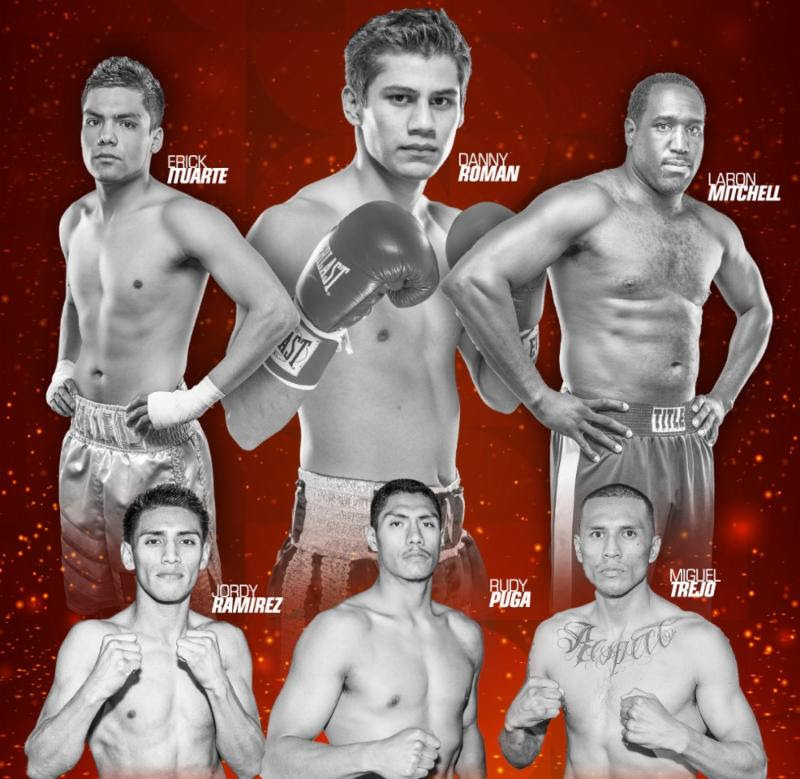 Emerging from last year with five solid wins, Roman (17-2-1, 5 KOs) aims to continue his tour de force against Ramiro Robles (12-4-1, 6 KOs) of Mexico in the “New Blood” 10-round main event. Roman will make the second defense of the NABA Title he won last year.

Roman, a Los Angeles native, has won nine straight, is ranked fourteenth by the WBA, and is coming off a 2015 campaign that earned him “Fighter of the Year” honors by the California Boxing Hall of Fame.

“I’m looking to have an even better year this year,” said the 25-year-old Roman. “I just have to take it one fight at a time. I’ve been preparing for Robles since the start of the year. I’ll be ready to put on an excellent performance.”

In the 6-round co-feature, the San Francisco-based Mitchell (10-0, 10 KOs) brings his powerful brand of boxing to Juan Manuel Dominguez (6-4, 4 KOs) of Mexico. Mitchell, a former college football player, has been terrorizing the heavyweight prospect ranks with his knockout ability and fearless attitude.

“It takes a certain kind of mental fortitude to box in the heavyweight division,” said Mitchell, who also works as an elementary school teacher in California’s Bay Area. “If you’re not careful, one punch can take you out. I should know. I’ve done that to every one of my opponents.”

Leading the undercard is 21-year-old Erick Ituarte (12-1-1, 2 KOs) of Los Angeles. The featherweight prospect cleaned up nicely last year with three convincing wins. He starts the New Year against Jorge Ruiz (7-2, 2 KOs) of San Diego in a bout scheduled for 6-rounds.