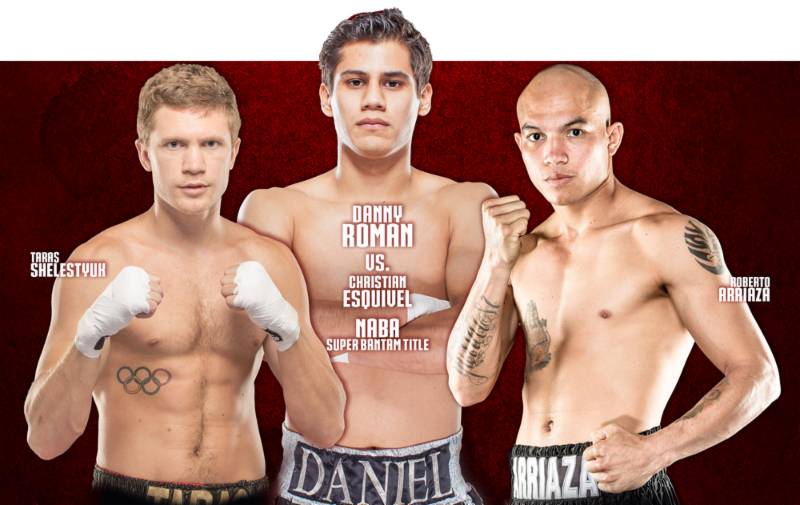 Since winning the 122-pound title last July, Roman has defended the championship twice, the most recent win coming in knockout fashion against Ramiro Robles in February. The 25-year-old Roman is coming in red hot with a ten-fight winning streak and holding the number fourteen position in the WBA’s super bantamweight division.

He faces a more experienced boxer in Esquivel, who holds a loss against longtime world champion Shinsuke Yamanaka.

“Esquivel is a dangerous opponent, there’s no doubt about that,” Roman said. “But I’ve been extremely focused in the gym, training hard like always. I’m looking forward to defending my title and giving the fans a great show.”

“We are thrilled that Danny Roman has the opportunity to defend his NABA title on our yearly anniversary show,” said Ken Thompson, who launched Thompson Boxing Promotions sixteen years ago this month. “We have a solid history of developing elite level talent. We believe Roman is in that category. Esquivel will give him a tough fight, but we know Roman will step up and earn the win.”

In the co-feature, former Ukrainian Olympian Taras Shelestyuk (13-0, 8 KOs) defends his unbeaten mark against an opponent to be named later. The 10-round fight will be contested at the welterweight level. Shelestyuk is co-promoted through Thompson Boxing Promotions and Banner Promotions.

In other action, heavyweight Scott Alexander (11-1-1, 6 KOs) of Moreno Valley, Calif. – another recent addition to Thompson Boxing – fights Tracey Johnson (3-2-3) of Boston in a 4-round fight.

Also on the undercard, welterweight Chris Bautista (3-0) of Madera, Calif. brings his tactical style to Omar Reyes (1-2) of Silverton, Ore. in a fight set for 4-rounds.