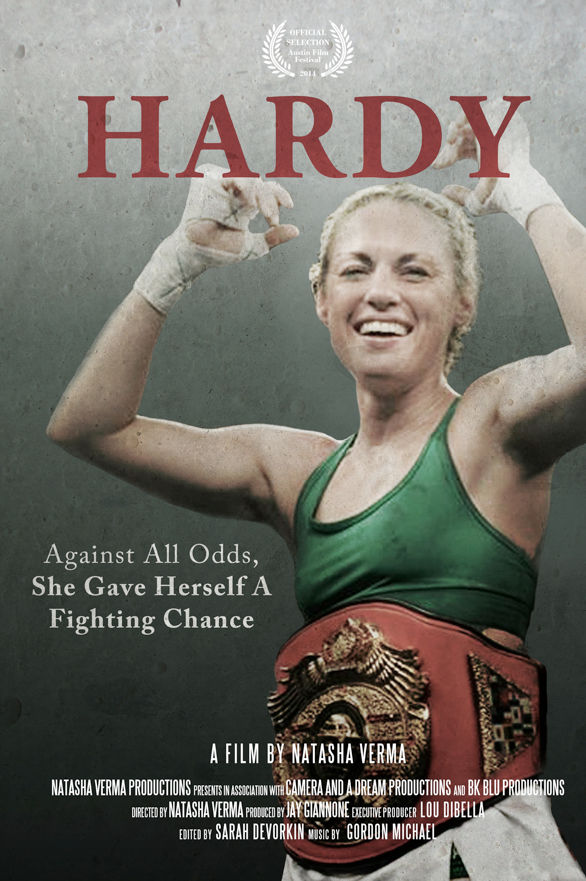 Heather Hardy has garnered headlines with every punch, and rightfully so, when, as a single mother from Brooklyn, unfiltered, strong-minded and authentic, she decided to become a professional boxer. The new documentary, “HARDY,” takes viewers behind the scenes into Heather’s complex and unique life as a female fighter, single mother, girlfriend and determined businesswoman. 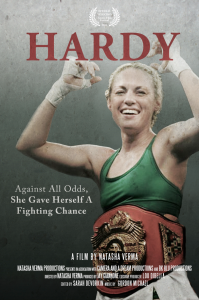 The film is directed by Natasha Verma and executive produced by New York’s biggest boxing promoter, Lou DiBella. The film will screen at DOC NYC, the country’s largest documentary film festival, at Bow Tie Chelsea Cinemas at 11:45AM on Sunday, November 16, 2014.

“The film is a behind-the-scenes look at what it takes to be in my shoes. Nothing was handed to me and I’m not ‘lucky’ as some people might think,” says Heather. “There is so much more to achieving success in this sport beyond training and winning. It’s not easy carving out a spot and making myself unforgettable, marketing my brand, selling tickets, and simultaneously being a full-time mother and father.”

A selection of the festival’s “Jock Docs” section, “HARDY” follows Heather as she works her way from amateur boxer in Brooklyn to professional boxer. The 73-minute documentary reveals the struggles of a woman in a man’s world and the turbulent past that influenced Heather to find her talents as a fighter. The film sheds light on the exciting and surprisingly vulnerable woman behind the gloves.

“As a fighter you’re trained to be guarded, but Heather is strikingly honest in this revealing film. This is not a boxing film, but a movie about a woman searching for her purpose in life,” says DiBella. “Her search for identity is sometimes unconventional and may seem impossible to many, but that’s what draws you into the film. The film is full of real life characters, dramatic revelations and edge-of-your-seat moments.”

Director Natasha Verma met Heather while on location for a photography project at Gleason’s Gym. Heather caught her attention while training for her professional debut.

“When I first met Heather, she was homeless amid Hurricane Sandy raising her daughter as a single mother,” says Verma. “She had nothing but two hands and an unbreakable will. After watching her in the ring a couple of times, I was hooked.”

The documentary features interviews and cameos by Curtis “50 Cent” Jackson, Adrien Broner, Ann Wolfe, Kathy Collins, and Lou DiBella. The film was shot over two years around the New York and Texas areas, at local boxing shows, and inside the legendary Gleason’s Boxing Gym in Brooklyn.