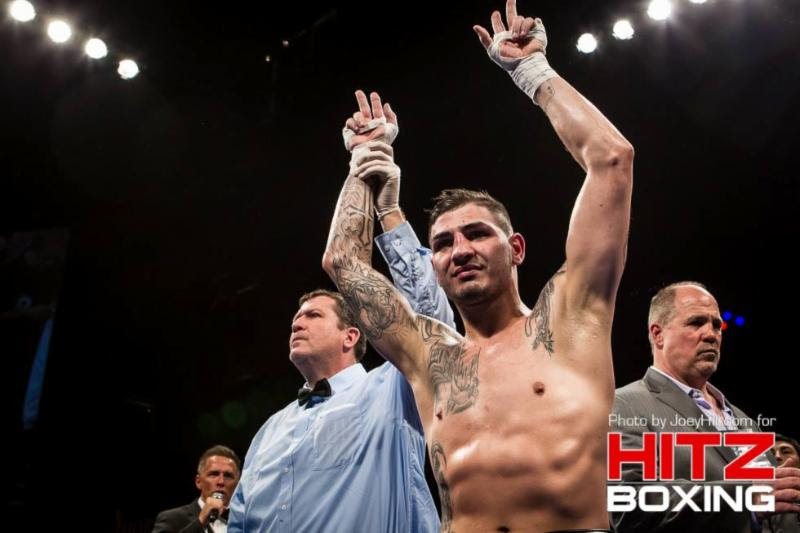 These four warriors boast a combined record of 96-6-2 (56 KOs) — a winning percentage of 92%, with over half of their combined victories coming by way of knockout.

“I want to wipe out Top Rank’s stable. It starts Friday with “Irish Stew” Seanie Monaghan, the easiest fight of the three Top Rank fighters I’m declaring war on” said George. “Then I want to get my hands on Jesse “Out of Work” Hart. I want to shut his trap. Philadelphia hasn’t been a fight town in decades and Hart is softer than a tub of Philadelphia cream cheese. Finally, I want Top Rank’s Mexican darling Gilberto “Zero” Ramirez — a fighter who lives up to his ring name.”

“I know the Cubs have been suffering from the Curse of the Billy Goat but I didn’t know the goat could talk until I heard Donovan George’s comments today,” retorted Monaghan. “Poor Donovan is in for a shock on Friday night. It’s fitting that his professional demise will be in Brooklyn because ‘Da Bomb’ will leave as ‘Da Bum’ after I knock him out. The only thing Donovan will be wiping out are the cobwebs I put in his head.”