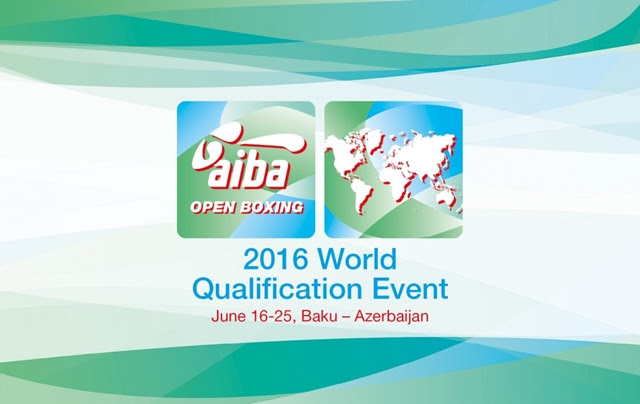 With the Rio 2016 Olympic Games Boxing Tournament in the state-of-the-art Rio Centro Pavilion 6 venue in Rio’s Barra da Tijuca neighbourhood now just months away, the AIBA Open Boxing Qualification Event has drawn a huge pool of talent to the Azeri capital. The competition sees 39 olympic quota places available, and is the first time that an open qualification event has followed the Continental Qualifiers.

”The race for the 250 places in the 2016 Olympic Men’s Boxing competition is reaching its final stages, and the incredible number of athletes that have registered for Baku once again shows that reaching an Olympic Games is the ultimate goal for any boxer. Having brilliantly hosted the 2011 AIBA World Boxing Championships, Baku is perfectly suited to stage another first-class boxing event, and I want to wish the best of luck to all the competitors in their efforts to fulfil their dreams,” said AIBA President Dr Ching-Kuo Wu ahead of the event.

With so much at stake for the likes of Cuba’s defending Olympic champion Robeisy Ramirez, British medal hope Pat McCormack and Brazil’s Pedro Lima who have one last shot at qualification, both the anticipation and the pressure are building.

The first Rio 2016 qualifiers were confirmed last year when the best boxers from the 2015 AIBA World Boxing Championships in Doha, and Season V of the World Series of Boxing and APB World Champions and finalists earned quota places. Earlier this year, Continental Qualification Events took place in Cameroon, Argentina, Turkey and China. In July, the Venezuelan city of Vargas will host the final qualifier Qualification tournament for APB, WSB and all pro boxers eligible.