Much like his British counterpart, Marcus Morrison, Sam Eggington (26-6, KO15) finds himself at a real career crossroads in Italy this Thursday, needing a win to get himself back on track. Morrison stunned Emanuele Blandamura in Italy just two months ago.Talk of World Title shots have long subsided, as the Stourbridge man has endured a tough couple of years.

The 25 year old now finds himself drinking in the last chance saloon, The Tuscany Hall in Florence to be exact, where Orlando Fiordigiglio (31-2, KO13) is the man he must overcome to breathe new life into his stalling career. The home fighter’s IBF International Super Welterweight Title is on the line.

Matchroom Italy and OPI promote, while Sky Sports is the place to see the action in the UK. Eggington was highly thought off by Barry Hearn in the early part of his career, and, despite a couple of early career setbacks, he scored decent wins against Dave Ryan, Denton Vassell and Shayne Singleton to catapult himself into domestic Title contention. 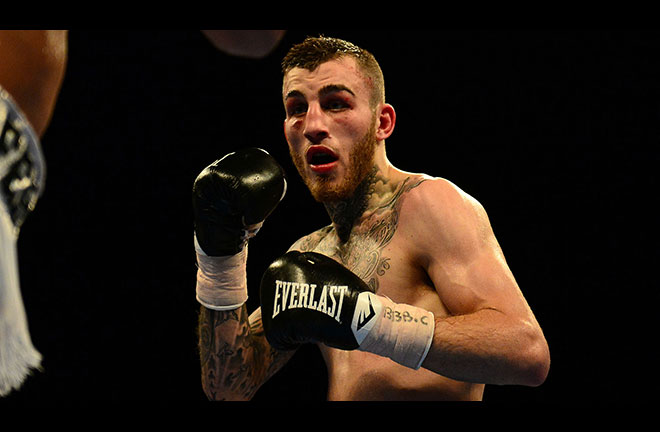 He won the Commonwealth Welterweight belt in a seventh round stoppage of Joseph Lamptey in May 2015, and then added the vacant British Title with a wide technical decision win over Glenn Foot two months later. A disappointing points loss to Bradley Skeete relieved him of his belts in 2016, but Eggington bounced back to stop precocious amateur, Frankie Gavin in eight rounds in a Midlands derby in October of the same year.

His stock was at an all time high with wins against Paulie Malignaggi (KO8) and Ceferino Rodriguez as he ascended to European Champion. This has so far been his apex though, as talented Frenchman, Mohamed Mimoune earned a split decision win to remove the blue belt from him.

Since that reverse, Eggington decided to make the move to Super Welterweight, but after two low key wins, he then had a third, but was stunned by complete Tanzanian unknown, Hassan Mwakinyo took full advantage of Eggington completely neglecting his defence to knock him out in two rounds. After a comeback win, former WBO Champion, Liam Smith, stopped Eggington in five rounds in March this year another major setback.

Orlando Fiordigiglio is a European level fighter at best, and even then, he has failed twice in bids for the European Title at 154lbs. He first made an attempt in June 2015, where he was ahead on the cards, Cedric Vitu stopped him in the eleventh round in Brescia. After a six fight winning streak, he manoeuvred himself into a second shot at the belt in December 2017, and even though he knocked down Zakaria Attou in his France backyard, he couldn’t stop a split decision loss.

The Toscana resident has won four straight since, and picked up his IBF belt in his last fight with a split decision ten round win against limited Dutchman Stephen Danyo.

This really is sink or swim time for Eggington, and could well spell curtains, even at such a young age, with defeat here. It’s always a tough assignment travelling to Italy as an away fighter, and Eggington will need to have prepared diligently in order to win. Fiordigiglio is ten years Eggington’s senior, and although he may start well, I expect Sam to take over in the later rounds and score a much needed late stoppage to save his career.

Jordan Gill (23-1, KO7) has managed to get a spot on the bill at very late notice, and will want to right the wrongs of his first defeat last time out. “The Thrill” was stunned by Enrique Tinoco in May, after going ahead with their bout despite sickness on the day of the fight, eventually pulled out in eight rounds.
The Dave Coldwell trained Chatteris man takes part in a six rounder at Featherweight against Spanish based Nicaraguan, Yesner Talavera (15-9-1, KO4). Talavera will hope to be durable here, as BoxRec have him assigned to face Thomas Patrick Ward in Newcastle next Saturday. Gill will want rounds, and should settle for a points win.