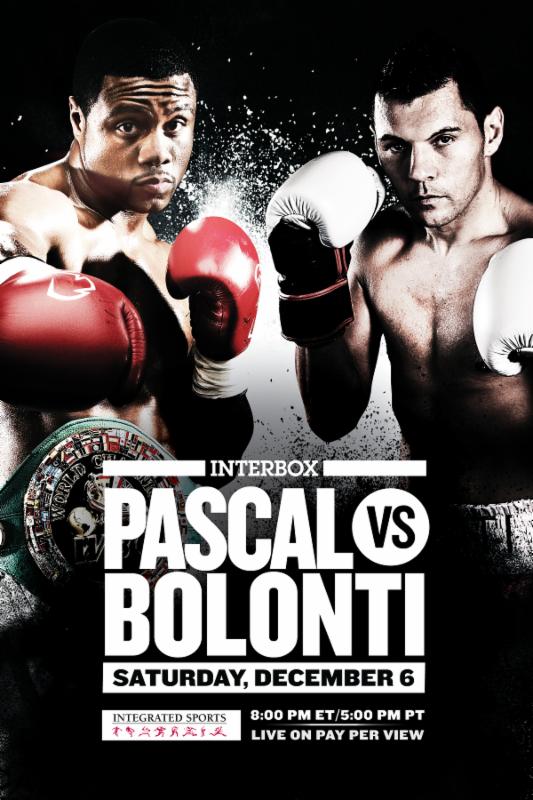 The undercard has been put together this Saturday night’s pay-per-view card headlined by Jean Pascal (29-2-1, 17 KOs) against Roberto “The Beast” Bolonti (35-3, 24 KOs) in the 10-round main event, at the famed Bell Centre in Montreal. 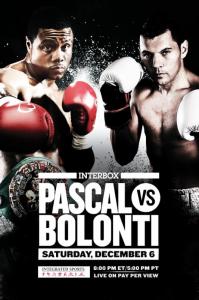 Hyppolite, promoted by Eye of the Tiger Management (EOTTM), is ranked No. 15 by the International Boxing Federation (IBF). He’s riding an eight-fight win streak, highlighted by his most recent action, in which he won a unanimous 10-round decision over former Irish super middleweight champion JJ McDonough. Nemesapati is the WBC Youth Silver 168-pound champion.

Diaz, only 22, has already beaten some name fighters such as Tyler Asseltine, Emmanuel Lucero and previously unbeaten Guy Robb. Diaz is a banger who has stopped 13 of his 17 opponents as a professional. Navarrette has become a gatekeeper, of sorts, and is a former WBC FECOMBOX super featherweight and Interim WBC Caribbean Boxing Federation champion.

In the fourth PPV fight, Montreal junior middleweight sensation Steven “Bang Bang” Butler (8-0, 7 KOs) meets the toughest test of his young career to date, Lyes Chaibi (12-7-2, 2 KOs), of France, in a 6/8-round match.

A year ago at 18, Butler was the youngest member of the Canadian National Boxing Team. His promoter, EOTTM, has this Phenom on the fast track with this being his ninth pro fight since he turned pro this past March 28. Chaibi is a rugged, experienced fighter who hasn’t been stopped in 21 pro career fights.

The four-fight PPV card is available throughout North America.Integrated Sports Media will distribute it in the United States for live viewing at 8:00 p.m. ET – 5:00 p.m. PT on both cable and satellite pay-per-view via iN Demand, DirecTV, DISH, and Vubiquity for a suggested retail price of only $24.95. Plus viewers in the US can order on-line by going to www.GFL.tv. Saturday night’s event will be available on PPV in Canada on Indigo and Bell in French and English, as well as via Rogers, Shaw and Sask-Tel in English only.