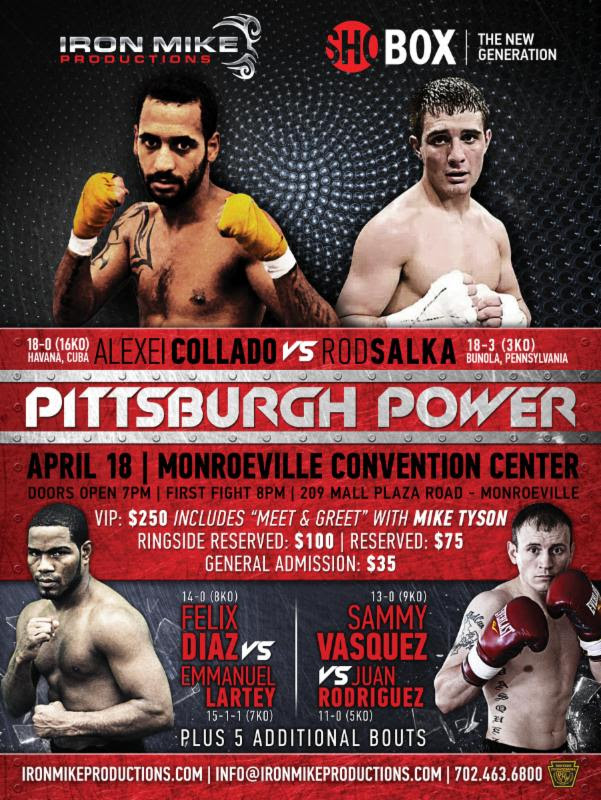 Lubin, arguably the best teenage professional boxer in the world, was considered Team USA’s No. 1 overall prospect for the 2016 Olympics prior to him signing a promotional contract with Iron Mike Productions last October 1 on his 18th birthday. The multi-talented southpaw, who was the 2012 National PAL Champion, has knocked out all four of his opponents as a professional. He faces the toughest test of his young pro career in his first scheduled six-round fight against Mexican invader Jovan “Negrito” Ramirez (3-1, 1 KO). In his last fight, Ramirez suffered the first loss of his career to former world light middleweight champion Joachim Alcine.

Cuban-born Jhonson, fighting out of Miami, squares-off against Lenwood Dozier (9-5-1, 4 KOs), of Glen Burnie, Maryland, in an eight-round junior middleweight fight that has future world title fight implications for the gifted Cuban.

Another heralded, undefeated prospect in action will be Cleveland lightweight Ryan “Blue Chip” Martin (4-0, 3 KOs) vs. an opponent to be determined in another four-rounder. Martin is promoted by Curtis “50 Cent” Jackson’s SMS Promotions. 50 Cent is expected to be in attendance.