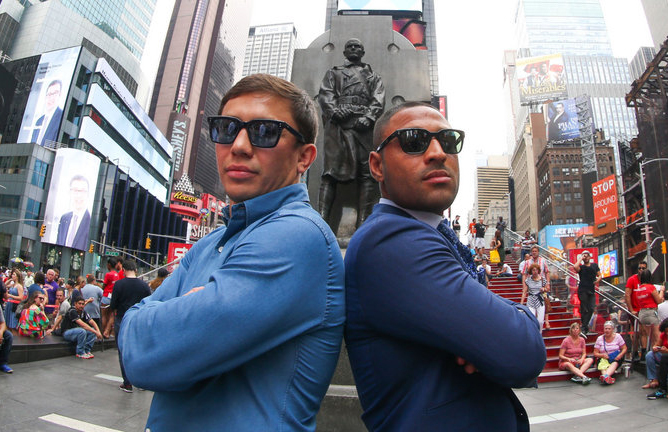 With the anticipated middleweight clash between Gennady Golovkin and Kell Brook now just a matter of weeks away, talk is continuing between the fighters and their teams. The undefeated GGG is certainly more than confident in his chances as well.

Golovkin is on the record stating that Brook faces the prospect of being the victim of an early knockout should he decide to turn their bout into a street fight. With the 34-year-old the favorite for his clash with Brook in the boxing betting previews among bookmakers, Brook is certainly going to have to produce the fight of his life if he is to overcome the current middleweight champion.

Of course, Brook is an undefeated titleholder himself and has won 36 professional career fights. Yet, he’s moving up two divisions from welterweight and is facing a killer in Golovkin. As such, the Brit is the heavy underdog for victory at bookmakers Coral, with boxing odds of 4/1. The Sheffield born fighter will hope that having home support at London’s O2 Arena will be enough to help him to a famous victory, with Golovkin currently the 1/6 odds on favorite for the bout on September 10th.

With Brook taking part in his first middleweight contest, Golovkin will be looking to continue his impressive knock out record in recent years. Head to Coral with a quick one-two to back Golovkin to win by way of knockout at odds of 1/3. Coral have a full boxing betting preview of the showdown as well which may provide further insight into your betting strategy.

Brook, who suffered a near death experience following a stabbing while celebrating a win over Shawn Porter back in 2014, certainly does not fear his much celebrated opponent, and believes that he can shock the world in a few weeks time. With a knockout victory over Golovkin unlikely, backing Brook to win on points with odds of 8/1 at Coral may be worth backing for supporters of the Brit. Brook has certainly been packing on the pounds ahead of the bout, weighing in almost a stone heavier than his opponent at the 30-day weigh-in.

Amir Khan remains a potential opponent for Brook in the future despite resistance from the Bolton-born fighter, and the odds are too close to call in the potential fights market at Coral. Of course, Brook is following in Khan’s footsteps here, in moving up from welterweight to face a big name middleweight for a big payday.