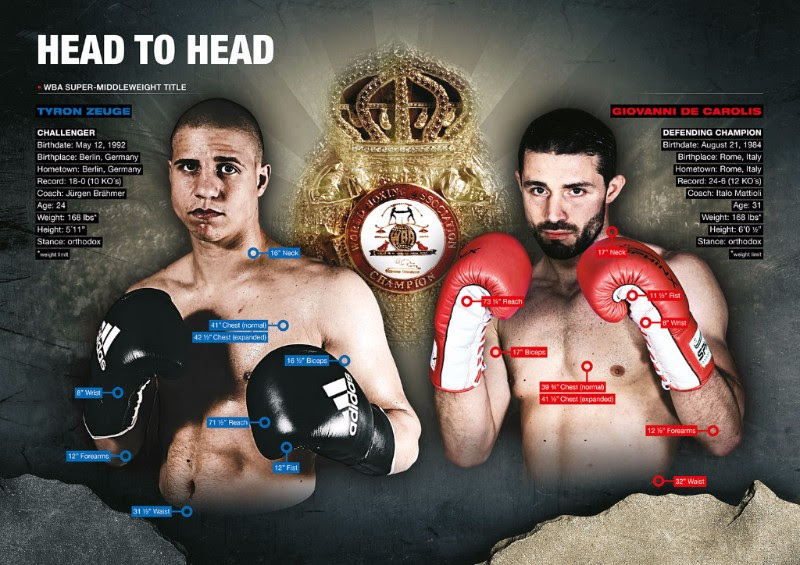 If successful, the undefeated 24 year-old can write history by becoming the youngest ever German World Champion, beating Graciano ‘Rocky’ Rocchigiani’s record of 24 years and 73 days by 8 days.

He will face a tough task against the experienced Italian, who claimed the WBA World title in January with an eleventh-round TKO win over Zeuge’s stable mate Vincent Feigenbutz at the Baden-Arena in Offenburg.

Ahead of their World Championship contest, we take a look at how the two fighters measure up with our ‘Tale of the Tape’.

Tickets for the WBA World Super Middleweight Championship fight between Giovanni De Carolis and Tyron Zeuge are available online via www.tickethall.de and www.eventim.de or by calling +49 (0)1806-570044.