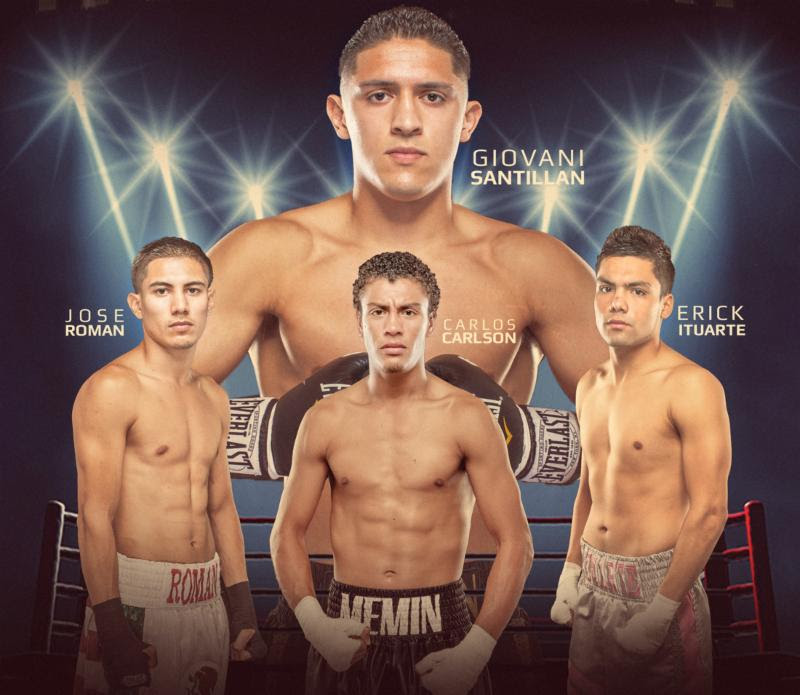 Santillan, who is the former NABF Junior 140-pound champion, is more than well prepared for his scrap against Macias. Leading up to this fight, Santillan spent several weeks as a sparing partner to top welterweight Timothy Bradley. Bradley was prepping for his third fight with Manny Pacquiao, Santillan, on the other hand, was more than willing to lace up the gloves against one of boxing’s finest.

“The education I received from the Bradley sparring sessions is priceless,” said the 24-year-old Santillan. “I was able to absorb so much in such a small amount of time. He was very open to giving me advice.”

“Santillan has had great experiences sparring with the likes of Mayweather and Bradley, but he won’t be partnering up on his main event on April 22,” said Alex Camponovo, matchmaker and general manager for Thompson Boxing, and the lead executive that signed Santillan. “He is there to use all his tools and put his talent out for the fans to see.”

In the “Path to Glory” co-feature, Jose Roman goes for his eighth win in a row against Martin Angel Martinez (14-8-1, 9 KOs) of Guaymas, Mex. Among Martinez’s key fights are knockout losses to former world champion Marcos Maidana and “Path to Glory” headliner Santillan.

“I expect a tough fight from Martinez,” said Roman, who lives in Garden Grove, Calif. “I’ll be ready for whatever he brings. I’ve trained hard for this fight. I put in the work to get the win.”

In what will likely be a high-pace fight, bantamweight Carlos Carlson, who is currently ranked No. 14 by the WBC, takes on veteran slugger Giovanni Caro (23-17-4, 19 KOs). Since signing with Thompson Boxing three years ago, Carlson has marked off nine straight wins and will look for number ten one week from Friday.

“I’m at the point in my career where every win puts me closer to challenging for a world title,” said the 25-year-old Carlson. “I know I have to take care of business against Caro. He’s a tough boxer with a lot of experience, but I know I can beat him.”

In other action, featherweight Erick Ituarte (12-1-1, 2 KOs) of Santa Ana, Calif. has won five straight and will put his winning streak to the test against Fernando Fuentes (8-6, 2 KOs) of Hemet, Calif. in a bout scheduled for six rounds.

Lightweight Manuel Mendez (10-1-1, 6 KOs) of Indio, Calif. looks for his second win on the year against an opponent to be named later (6-rounds).