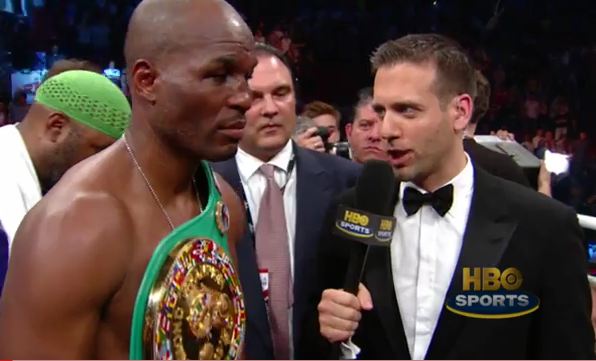 Bernard Hopkins and Jean Pascal battled it out in the ring last weekend. After the fight, Max Kellerman joined them in the ring and talked to each fighter about their performance. Take a look at the video interviews here featuring Hopkins with Kellerman, and Pascal following.

Despite all of the buildup between the two fighters and plenty of venom between them, after the fight they were cordial and respectful, and had nothing but good things to say. It was a history making performance for Hopkins of course, so he didn’t have anything to hold a grudge about now, and the verdict couldn’t be argued from either side.

Enjoy the “After the Bell” video interviews with Hopkins and Pascal here.