Thursday’s Top Rank offering on ESPN sees a two-weight World champion go up against a former world title challenger at the top of the card. Again it’s The Bubble inside the MGM Grand in Las Vegas that is the setting for a decent card.

The main event offering is at ten stone, and its a return to action over ten rounds for Puerto Rico’s Jose ‘Sniper’ Pedraza (26-3, KO13).

31-year-old Pedraza has been matched tough in his career to date, and his losses have come against some quality operators. A professional since 2011, Pedraza scored an early career eighth round stoppage win over Tevin Farmer in October 2012, and in his 20th fight, he claimed the vacant IBF Super-Featherweight belt with a dominant points win over Andrey Klimov in June 2015.

He successfully defended the belt twice, edging a split decision over Edner Cherry, and then taking over in the championship rounds against Liverpool’s Stephen Smith to score a clear points win, aided by a ninth round knockdown.

His first loss came in January 2017, where the gifted Gervonta Davis stopped Pedraza in seven to relieve him of his title. He resurfaced up at Lightweight, and two comeback wins set up a shot at the WBO belt, and an eleventh round knockdown was the exclamation point of a win on the cards against the tough Raymundo Beltran.

The joy would be short-lived though for Pedraza, as he attempted to unify in his next bout. Sadly, in his attempt to add the WBA (Super) strap, he came up against the superlative Vasyl Lomachenko, and the Ukrainian dominated, scored two eleventh round knockdowns, and took a wide decision win.

The rebuild for Pedraza was initially at Lightweight, and he struggled past Antonio Lozada Torres via ninth round stoppage, with the fight in the balance at the time. Jose’s last fight came at Super-Lightweight in September 2019, and saw a third career defeat. Jose Zepeda, who’s two career defeats had come in world title class against Terry Flanagan and Jose Carlos Ramirez, clearly outscored Pedraza over ten.

It’s safe to say the Puerto Rican needs a win on Thursday night to reignite his career.

A man looking to derail those plans will be Pedraza’s opposition in Las Vegas, which comes in the shape of Trinidad born Brooklynite, Mikkel LesPierre (22-1-1, KO10).

LesPierre has only two blemishes on his slate, with a draw in his second fight against Cornelius Whitlock over four rounds coming in October 2012. He went 20 fights unbeaten from then on, picking up WBC FECARBOX and WBC USNBC belts along the way.

His big chance came in March last year, when challenging Maurice Hooker for the WBO Super-Lightweight title on a DAZN card at the Turning Stone Resort in Verona.

It was a competitive affair, but mostly one sided with Hooker always in control. Hooker dropped LesPierre in the ninth, and Mikkel barely beat the count, but gamely survived to hear the final bell, where he was routed on the cards. He has returned once since, notching an eight round points win in December 2019 against Roody Pierre Paul in New York.

Prediction: This could be a really intriguing contest, with LesPierre a bona fide 140 pounder, and Pedraza only having one unsuccessful fight at the weight. Pedraza does have mileage on the clock, and hasn’t looked the same man as his championship days for a while. I favour an upset win for LesPierre on the cards.

At Lightweight, there’s a decent ten rounder featuring 20 year old Gabriel Flores Junior (17-0, KO6). The Californian has been a professional since the age of 17, and steps up to ten round class for the first time against Miami based Honduran, Josec Ruiz (21-2-3, KO14), who is unbeaten in his last sixteen contests, including three draws.

A coupe of four round contests round off proceedings, where at Super-Lightweight, Victor Rodriguez (2-0, KO1) meets Justin Horsley (0-1) and at Super-Featherweight, Puerto Rican, Frevian Gonzalez Robles (2-0, KO1) and Jose Martinez (2-0, KO1) put their unbeaten records on the line. 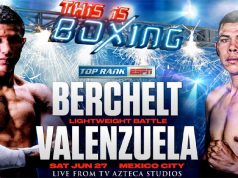 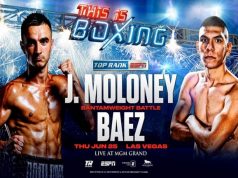 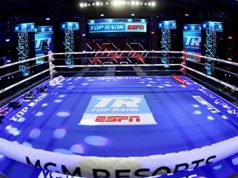 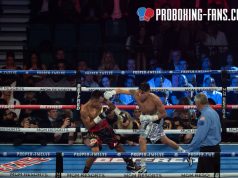