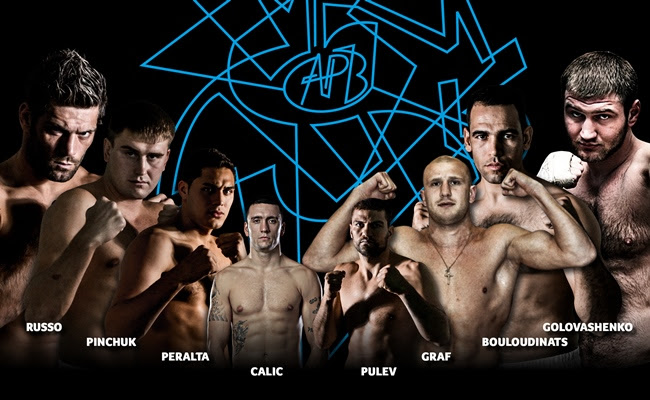 The Finals of World Series of Boxing (WSB), a unique global team boxing competition, between the undefeated Cuba Domadores and the atonishing Astana Arlans were officially announced today at a press conference held in Astana after the host city agreement was signed to hold this event on June 20 – 21 in Astana, Kazakhstan.

WSB Season IV Champions Cuba Domadores earned a victory over Mexico Guerreros in the semi-final previously beating teams from Algeria, UK, China, Morocco, Russia and Ukraine. “World Series of Boxing is a very important boxing challenge for my team”, said head coach of Cuba Domadores Rolando Acebal. “We have trained extremely hard and I always tell my boys that WSB Trophy has a special meaning, as it is the only one we can win together, as a team”.

Astana Arlans Kazakhstan qualified for their third World Series of Boxing (WSB) Finals, winning the Trophy in Season III, by defeating Russian Boxing Team in the semi-final, previously defeating teams from Argentina, Azerbaijan, Venezuela, Italy, Puerto Rico, Poland and USA. Marat Jakiyev, the head coach of Astana Arlansa Kazakhstan expressed his excitement over his team’s participation in the Finals: “The last weeks of the regular season have been very challenging for the boxers to reach once again the Finals. It will be the third time for Arlans at this level and I’m particularly excited that my country hosts this competition in Astana and the team will have the chance to compete in front of thousands of home fans”.

“This Season WSB Finals will be one of the most exciting boxing events of the whole year. We will have the opportunity to witness the world’s two best teams – the invincible Cuba Domadores, defending champions, and the powerful Astana Arlans Kazakhstan – go head to head in Astana. I am confident that these two nights will produce an incredible show of pure boxing action in a country known for its genuine passion for the noble art”, said WSB CEO Karim Bouzidi.

Season V of WSB showcased 16 teams from all over the world competing for the coveted WSB Trophy over the 14 weeks of the regular season which ended with a total of 552 bouts and 112 matches of intense boxing action, as well as 17 boxers winning Olympic quota places to the Rio 2016 Olympic Games.

Marrakesh, Morocco, and Milan, Italy, will host the AIBA Pro Boxing Super Heavyweight and Heavyweight Cycle I Round 1 on 5 June according to the match schedule below.

Marrakesh, Morocco welcomes the biggest weight class in AIBA Pro Boxing (APB), as the Super Heavyweight (91+ kg) division compete in Cycle I Round 1.

Arjaoui was last seen in the Inaugural World Title Match where he lost to Champion Erik Pfeifer, while Medzhidov currently holds a 2-1 APB record.

All three of Arjaoui’s victories in this competition has come on points, and the African superstar will hope to achieve a similar result in front of his home fans in Marrakesh.

Despite losing against Pfeifer, Arjaoui impressed many onlookers with his tenacity and skill, and those attributes have seen him defeat Sergiy Verveyko, Mihai Nistor and Tony Yoka in this competition.

Medzhidov is perhaps the most powerful boxer in APB, and dominated his first two contests when he stopped both Sergiy Verveyko and Ahmed Samir.

He is coming off a loss however, after being closely defeated by Magomed Omarov in January.

The Azeri athlete will be looking to put that loss aside by achieving another devastating knockout against a very durable opponent.

This will be the first time Africa hosts the Super Heavyweights, so the home advantage could help Arjaoui as he will enjoy full support in the Palais des Congres.

Expect a tremendously intense contest between these world class boxers, that could finish in a number of ways.

Can Arjaoui keep his composure and box sensibly to seal his fourth points success in APB? Or will the marauding Medzhidov add another highlight reel stoppage to his already glistening record?

Whichever fighter reigns supreme will face either Magomed Omarov or Mihai Nistor in Round 2, as those two fighters will also meet in Morocco.

Omarov has a 3-1 record in this competition which includes an excellent knockout win over Sergiy Verveyko, while Nistor was the very first boxer to win a match in APB.

Milan, Italy will host the Heavyweight (91 kg) division of AIBA Pro Boxing (APB) on Friday night, as eight boxers compete in four crucial Cycle I Round 1 matches, which can be watched live at 20:30 (GMT +2) at https://www.youtube.com/user/AIBAproboxingTV.

Their first meeting was the opening match in APB for both competitors, and Russo reigned supreme after he knocked out Golovashchenko in the fifth round.

Russo later competed in the Heavyweight Inaugural Title Match against Aleksei Egorov, but lost to his Russian rival for the second time in APB in a desperately close contest.

To give himself any chance to battle Egorov again and finally defeat his foe, the two-time Olympic silver medalist will have to beat Golovashchenko once more in Milan.

Golovashchenko has impressed in APB thus far despite a 1-3 losing record, but after being stopped so emphatically in their earlier meeting, the Ukrainian will need to put aside fears of a repeat performance and assert his dominance early.

Questions surround Russo as well, because although he can outperform and finish any man he steps into the ring with, he has lost twice in APB which will concern a man so used to winning.

Can he return to the imperious form which has made him one of the most feared boxers in boxing? Or will Golovashchenko learn from his mistakes from their first meeting and enjoy a career best victory?

This contest will be held over eight rounds, which some believe will favour Golovashchenko who has a longer-format experience from his professional career, yet Russo dominated the latter stages of his title match with Egorov, and has always enjoyed excellent stamina.

The winner of the Russo/Golovashchenko battle will move onwards to Round 2 where they will meet the victor of Chouaib Bouloudintas vs Anton Pinchuk, who compete on the undercard in Milan.

Both Bouloudintas and Pinchuk have won three APB matches against just one defeat, and their styles should gel well to make a very exciting contest.