The 30-year old Kownacki is most certainly looking to move up in the heavyweight standings with perhaps his biggest challenge to date.

The hard-hitting Pole has won nine of his last eleven bouts at the iconic arena, which also serves as the home for two professional sports teams – the Nets and Islanders. Most notably, some of those wins have come against recognizable names such as Charles Martin, Gerald Washington and Artur Szpika.

A Brooklyn resident since childhood, Kownacki earned New York Golden Gloves championships in 2006 and 2009. Kownacki also sparred with former unified heavyweight champion Wladimir Klitschko in his early career which has contributed to his steady climb in the pro ranks.

The 6’3” Kownacki, does not have the best physique but that is what we also said about Andy Ruiz Jr before his epic takedown of Anthony Joshua in June. He is surprisingly swift and has a high work rate which makes him a handful for many opponents on most nights.

Adam is ranked #4 by the IBF and #5 by the WBC. That is significant for two reasons – 1) The IBF strap could be up for grabs depending on how the Joshua-Ruiz rematch unfolds and the commission’s strict mandatory enforcement. 2) Kownacki has been viewed as a possible future opponent for WBC boss Deontay Wilder.

So a win on Saturday would almost certainly set him up for a title shot in 2020 for a slice of the heavyweight championship.

Sharing the ring with the presumptive favorite that night will be former world title contender Chris Arreola.

Arreola of Riverside, California, lost world title fights to Vitale Klitschko in 2009, Bermane Stiverne in 2014 and Wilder via eighth round knockout in 2016. He took a 25-month hiatus after the Wilder loss to contemplate retirement before returning last December and has since won two fights in a row, all by knockout. Arreola has a significant advantage over Kownacki in terms of experience, as he’s clearly fought a more talented group of fighters through the years.

On the flipside, Arreola is also 38-years old and knows that he is in the twilight of his career and that another loss, especially by knockout would mark the end of his great career. In fact, Chris flat out revealed in an interview that he would retire from the sport of boxing if he loses. That’s not resignation on the part of the veteran, though, but rather an indication of his fierce determination to go to war. Kowanacki is lauded for his power but Arreola also packs a significant punch and is more than capable of taking his man out having registered a 75 percent knockout rate with only five of his thirty-eight wins not coming inside the distance.

Kowanacki is a pure power puncher with the proven ability to hurt an opponent with a single punch. The younger man by eight years, I would expect him to be the busier fighter and really push the pace in this one.

Arreola looked solid last time out when he crushed previously unbeaten but untested Jean Pierre Augustin in the third round in March. He can be a bit wild with his punches sometimes, a weakness that opponent Kowanacki has pointed out. These days, however, Arreola appears more focused on winning in style.

This fight will be an all out war between gladiators at very different stages of their respective careers. Can Arreola turn the young lion back and stake his claim to another title shot or will those dreams be dashed by the two-fisted assault of his opponent against the backdrop of a predominantly pro-Polish audience?

Headlining the Kownacki-Arreola undercard will be undefeated interim WBA and WBC silver light heavyweight Marcus Browne (23-0, 16 KOs) in his return to take on perennial top contender and former champion Jean Pascal (33-6-1, 20 KOs). Browne, the 28-year old Staten Island native has been on a tear through the talent-rich light heavyweight division seen recently overcoming tough Badou Jack in January where he showed his evolution as a boxer. The 36-year old Pascal has seen better days and is just 3-3 in his last six outings. It should be an exciting scrap but Browne must be viewed as the consensus favorite and is on a collision course with WBC champion Oleksandr Gvozdyk and WBA regular champion Dmitry Bivol.

Kownacki-Arreola and Browne-Pascal makeup a FOX and FOX Deportes doubleheader. The broadcast starts at 8 p.m. ET/5 p.m. PT. Viewers can live stream the PBC shows on the FOX Sports and FOX NOW apps or at FOXSports.com. 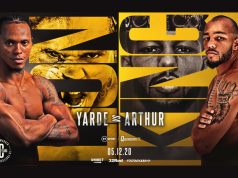 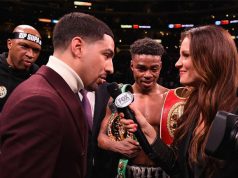