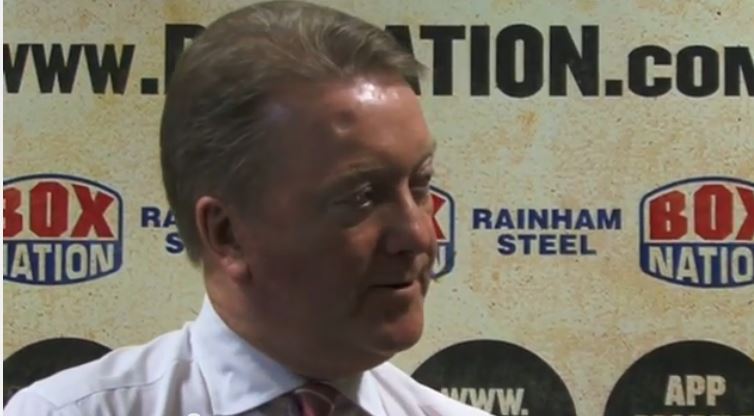 Frank Warren has released an official statement regarding the status of some of his legal entanglements with the likes of Ricky Burns and Paul Smith. The following is his statement in full:

As a consequence of a high court judgement in the Frank Warren v Ricky Burns litigation, Frank Warren’s solicitors lodged a claim with Burns’ Trustee in Bankruptcy in the sum of £447,000 plus interest.

Lawyers acting for the Trustee in the bankruptcy of the estate of Mr. Burns have now confirmed that they have withdrawn the appeal lodged by Mr. Burns against the Judgment and Mr Warren is now pursuing the recovery of sums due to him .

In the Judgment, the court found in Mr. Warren’s favour that he was owed management commission arising out of Mr. Burns’ contests and was criticised for the manner in which he sought to walk away from his promotional agreement with Frank Warren Promotions.

In a separate ruling, Paul Smith has today been ordered to pay 100% (£48,000) of Mr. Warren’s costs for including him as a party in a misguided court application. Smith had sought to remove the British Boxing Board Of Control’s jurisdiction over a contractual dispute between himself and Mr. Warren. The dispute is now proceeding under the Board’s rules and regulations.