A lot of people felt Leigh Wood’s #GoldenContract quarter-final was the performance of the round, but the Nottingham fighter has sent a warning to his rivals – insisting you’ve seen nothing yet.

Wood (23-1 (13 KOs) was extremely impressive in the quarter-final, but has now revealed he was carrying an injury heading into that fight, and so will be even more lethal in this month’s semi-final.

Wood said: “I’m really excited for the semi-finals and I’m on fire. In the quarter-finals I didn’t have the preparation I wanted because of an injury, but I was determined to do what I had to do to win that fight.

“I couldn’t run a single mile for that quarter-final, so reverted to swimming and doing things I wasn’t used to doing.

“I couldn’t gauge my fitness so that was an obstacle I had to overcome, so I was proud of getting the win under those circumstances.

“I’m not underestimating anybody in the quarter-final, but the biggest thing for me is doing what I do best.

“Preparing for somebody like myself is a nightmare. How do you prepare for someone that can box, switch hit, is fit and can punch? 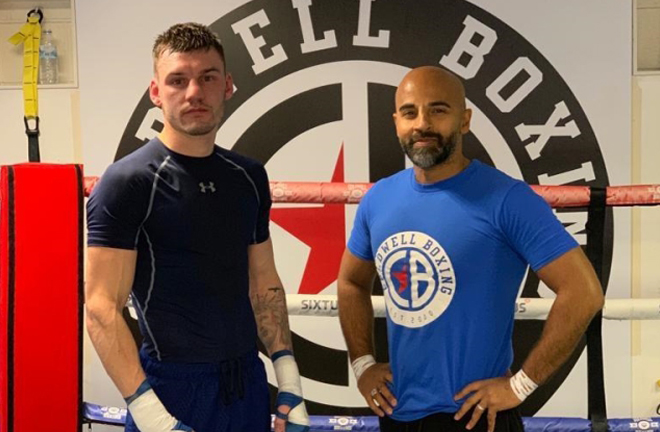 “Before signing with Dave Coldwell I spent a lot of time in the gym either injured or fully able to fight and nothing would come my way, so now I’m loving having all these fights lined up.”

A massive card at York Hall later this month also includes up and coming stars Elliot Whale and Inder Bassi Singh, along with debutants Burim Ahmeti and William Hamilton.

Stay up to date at mtkglobal.com and on social media @mtkglobal