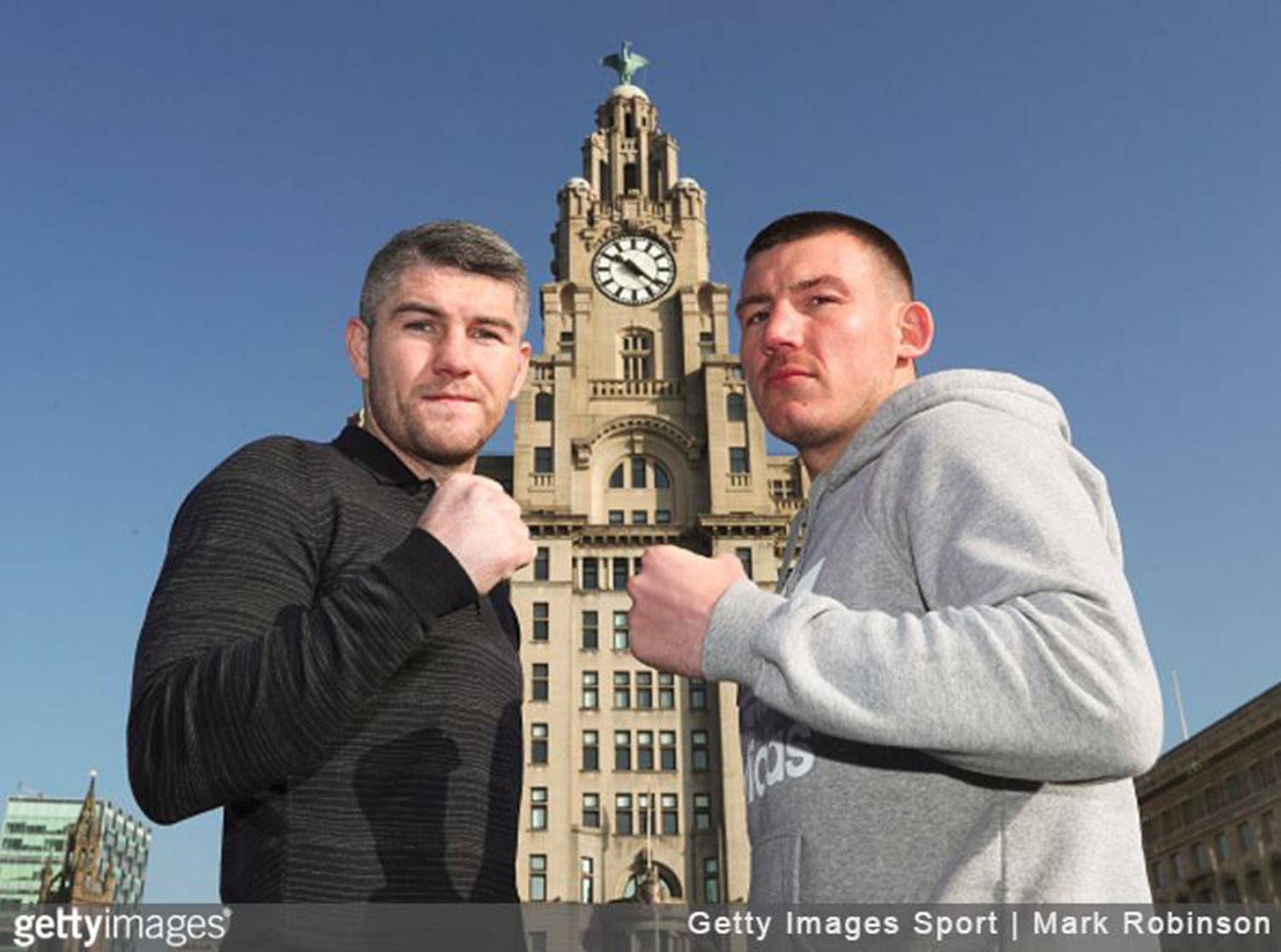 Fierce Super-Welterweight rivals Liam Smith and Liam Williams faced-off at a press conference held at the iconic Royal Liver Building in Liverpool today ahead of their mouth-watering showdown on Saturday April 8th at the Manchester Arena, live on BT Sport and BoxNation.

Former WBO World 154lbs Champion Smith was in a supremely confident mood and promised to put the Boxing Writers’ Best Young Boxer of the Year ‘in his place’ when they lock horns in April.

“This is a fight that I’m well up for”, said Smith. “Frank and a lot of other people are getting excited about Liam Williams and talking about him as the next big thing. My job is to put him back in his place and remind everyone who the best fighter in the division is.

“They’re barking up the wrong tree if they think they can make me lose my cool like Corcoran did. I don’t need to wind him up, I can end this fight however I like. If I want to drag Liam into a fight I’ll do that. Liam is a more talented fighter than Jimmy Kelly but I can see April 8th ending in a similar fashion to that fight.”

Williams, the British and WBO European Champion, is undefeated in 17 professional fights and will head into the Smith bout on a six-fight knockout streak. The rising-star of Welsh boxing believes he has the power to stop his Frank Warren stablemate.

“Smith is a couple of levels above my previous opponents,” admitted Williams. “We’re going to work on his weaknesses and not give too much away. Of course I believe I possess the power to stop him but this fight won’t just be about landing that one big shot.

“I think this is going to be a tactical fight. Everyone seems to think we are going to meet head on in the middle of the ring but I’ve got a good boxing brain on me. I’ve shown I’m capable of mixing it up and I know I have the tools to beat him.”