Manny Pacquiao makes his return to the ring on November 24 in Macau, China, as he takes on Brandon “Bam Bam” Rios. Does Pacquiao have anything left in the tank? Does Rios have enough to pull off the upset? Right here, you’ll find the latest Pacquiao vs. Rios betting odds to see where the lines currently are and see if there’s anything you should jump in on as well.

Since the fight was announced, Pacquiao has continued to become a larger favorite, as his supporters have been backing him and taking advantage of the lower opening odds.

Certainly, Pacquiao at his peak and his prime would be able to overwhelm Rios with his speed and his furious offensive attack. But is Pacquiao still there, or did that brutal knockout loss after a long and busy career take too much out of him? There’s a contingent out there that thinks that Pacquiao’s chin has been broken and that he won’t have anything left. In that case, you have to love taking a slugger and finisher like Rios at +325.

At the same time, there’s such a huge gap in talent between these fighters. Perhaps the best way to get good value here is to take Pacquiao and parlay it with the over. Rios is as tough as nails, so even if Pacquiao is able to bust him up, it’s likely the fight isn’t stopped early on. As such, a Pacquiao win and an over combined could provide you with decent coverage.

Of course, if you think Pacquiao is completely done, then take Rios with those great numbers which are sure to continue rising, and don’t think twice about it.

Ready to back the rise of Rios? Or the power-punching return of Pacquiao? Be sure to utilize our exclusive 50% deposit bonus to bet on Pacquiao vs. Rios today and get in on the action for yourself! 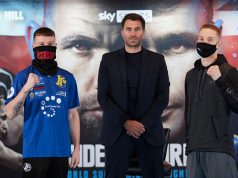