ProBoxing-Fans.com
Home News Martin Gethin: All the pressure is on Catterall & he’s not been...
Facebook
Twitter
WhatsApp
Email
Linkedin 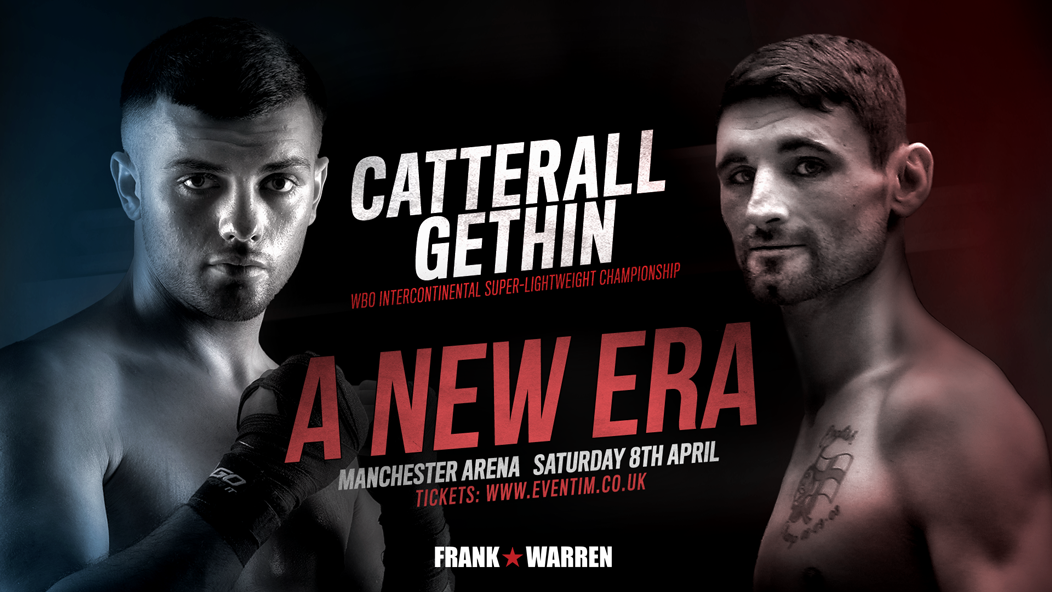 Marauding Midlander Martin Gethin is salivating at the prospect of getting stuck into feted prospect Jack Catterall on the talent stacked value for money bill at Manchester Arena on April 8th.

The 23 year old Chorley starlet – unbeaten in 17 – has cruised to Central Area, WBO European and WBO Inter-Continental glory since debuting as a teenager and is presently mandatory challenger for the British title and ranked second to formidable WBO Super-Lightweight boss Terence Crawford.

However, don’t expect rock hard former British lightweight champ Gethin to be quaking in his boots when they swap leather in a scheduled 10 rounder before BT Sport and BoxNation cameras on Saturday week.

‘I’ve never wasted too much time studying opponents but a few I’ve spoken to say Jack’s not been so impressive in his last few,’ claims the 5ft 6in Walsall nugget who enters fresh off an upset four round stoppage against ex Commonwealth champion John Wayne Hibbert last November.

‘Catterall appears to do most things well. He’s an awkward southpaw with a strong back hand so I’ll need to keep him off guard. For once, I’ve been focussing on movement rather than pressure fighting. The straight right hand usually does the trick against a southpaw but, if that’s not working, I’ve got the experience and tools to try something different.

‘Let’s be honest, he’s not been in with anyone proper yet. Tom Stalker’s probably the best one he’s fought. I’ve always been super fit and I do a lot of strength work so let’s see just how much grit Jack has late on, after the tough hard rounds I’m gonna put him through.

‘I guarantee he ain’t gonna get it easy on April 8th. I’ve built my rep by taking a bit of hammer, then working things out mid fight and outlasting my opponent. I was figuring (Terry) Flanagan out, hurting him with body shots before my ear went (Martin was forced to retire on his stool with a perforated drum after seven rounds of a July 2014 British title challenge).

Seasoned ring vet Gethin, 28-8-1 (12), knows he has mixed with – and sometimes beaten – far better men than Catterall has previously encountered. With a British title shot and world ranking probable if he can again upset the odds, he shall arrive in Manchester brimming with motivation.

‘All the pressure is on Catterall. He’s got everything to lose,’ concludes the 33 year old known as ‘The Quiet Man’.

‘It’s a huge fight for both of us. It has to be my last through of the dice and I’m really looking forward to it.’