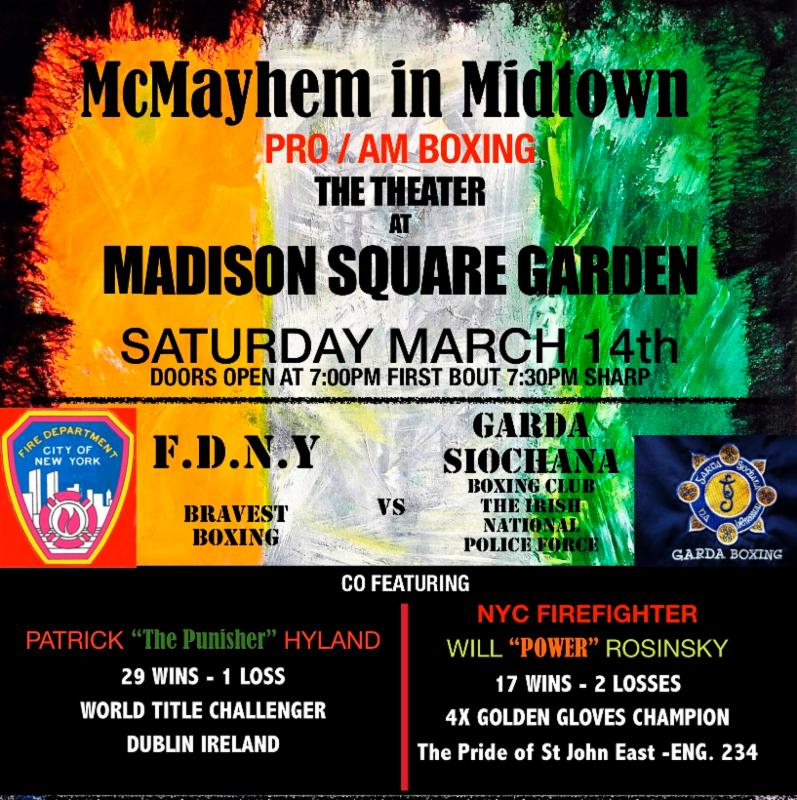 Opening up the pro portion of the card will be Irish Middleweight contender Gary “Spike” O’Sullivan (19-1, 12KO’s)

The amateur portion of the card will mark the third meeting between the FDNY Bravest Boxing team and Garda Siochana Boxing team of the Irish National Police Force, who will be making the trip over from Ireland with the 2015 Transatlantic Championship at stake.

Doors open at 7:00 PM, with the first bout scheduled for 7:30 PM.  Below are the complete weights from today’s weigh-in.

Will Rosinsky vs. Paul Gonsalves