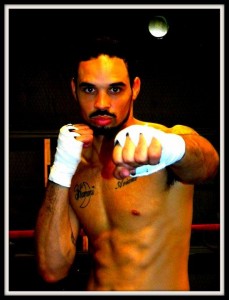 Colvin (2-0, 2 KOs), from Austin TX., will make his debut under the GSP banner on Friday, February 4, at the Chumash Casino Resort in Santa Ynez, Calif.  He will be on the non-televised undercard of Showtime’s “ShoBox: The New Generation,” featuring the Luis Franco vs. Leonilo Miranda WBO Inter-Continental featherweight and Lateef Kayode vs. Nicholas Iannuzzi NABF/NABO cruiserweight championship fights.

“My matchmaker John Beninati heard a lot of good things about Kurtiss and his style of fighting fits in perfectly with the type of shows presented by GSP,” said Shaw.

“I had heard Kurtiss was giving Sakio Bika fits in sparring while Bika was training for his fight against Andre Ward.  If a fighter with just two professional bouts could do that to Bika, who has three world championship fights under his belt, I knew he had to be special,” said Beninati.

The 6’1 Colvin, 24, turned pro last year after an outstanding amateur career which included being ranked No. 1 in Texas and No. 3 nationally, as a middleweight, on the USA Boxing team in 2009.  He is managed by Blanco Sports Management, LLC, and trained by 1984 Olympic gold medalist and former IBF middleweight champion Frank Tate.

“Kurtiss has good potential, a lot of heart and man, he can fight,” said Tate.  “We have been working together for a few months and things are starting to gel.  He has an excellent work ethic and all the tools.  We’re both looking forward to seeing where we stand in his next fight on February 4.”