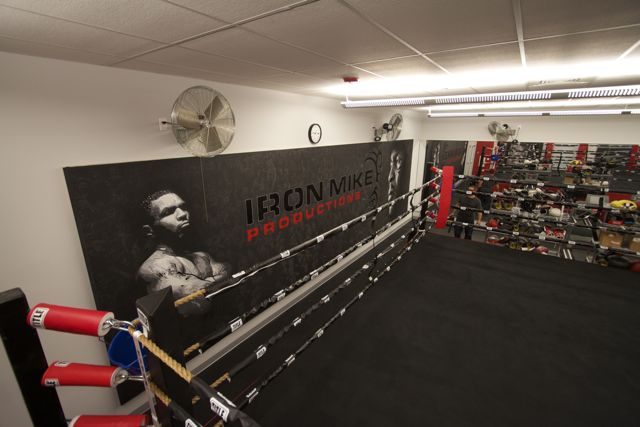 Mike Tyson’s Iron Mike Productions and Gleason’s Gym are joining forces in efforts to revitalize the New York boxing scene. The world famous gym – located on 77 Front Street in Brooklyn, NY – that once housed a young man who would go on to become the youngest heavyweight champion in boxing history will now serve as headquarters for IMP to recruit local amateur fighters aspiring to enter the pro ranks.

IMP plans to officially open its office doors at its new location in April.

“The combination of Gleason’s Gym and Mike Tyson is sure to make an impact in the boxing community,” stated Bruce Silverglade, owner of Gleason’s Gym, the oldest boxing gym in the United States. “The Recruitment Center will be a magnet for top prospects from around the world.”

The launching will come right before the semifinal and final rounds of the 2014 Daily News Golden Gloves, an annual amateur boxing tournament. The finals will take place April 16-17 at Barclays Center in Brooklyn. It’s a given that Tyson and his team will be paying close attention to the results.

“The opening of this recruitment center could not have come at a better time,” noted Jose Nuñez, a local boxing manager whose clients include reigning 130-pound world titlist Argenis Mendez, former two-time world champion Joan Guzman and a slew of rising young fighters. “This collaboration will not only help bring local fighters to the gym, but make them step up their game. We’re looking for the best fighters of the area to represent our brand in the pro ranks. When fighters come to Gleason’s, they’ll know they have to bring their best every time they’re ready to train.”

Nuñez Management will serve as an integral part of the recruiting process for IMP, given the manager’s local roots.

The location hits home for Tyson, one of 133 champions (male and female) from past and present to have at one point trained at Gleason’s Gym. Tyson was born and raised in Brooklyn before being taken in by Cus D’Amato at age 16, with boxing serving as his lone salvation amidst a childhood littered with petty crimes, frequent arrests and time spent in reform school.

Now comes the Hall of Famer’s chance to once again give back.

“Iron Mike Productions is very excited about establishing our presence in the New York boxing community by partnering up with Gleason’s Gym,” said Azim Spicer, Vice President of Iron Mike Productions. “It’s a great opportunity to monitor and assist boxers to strive for their goals in the amateur and professional ranks.”