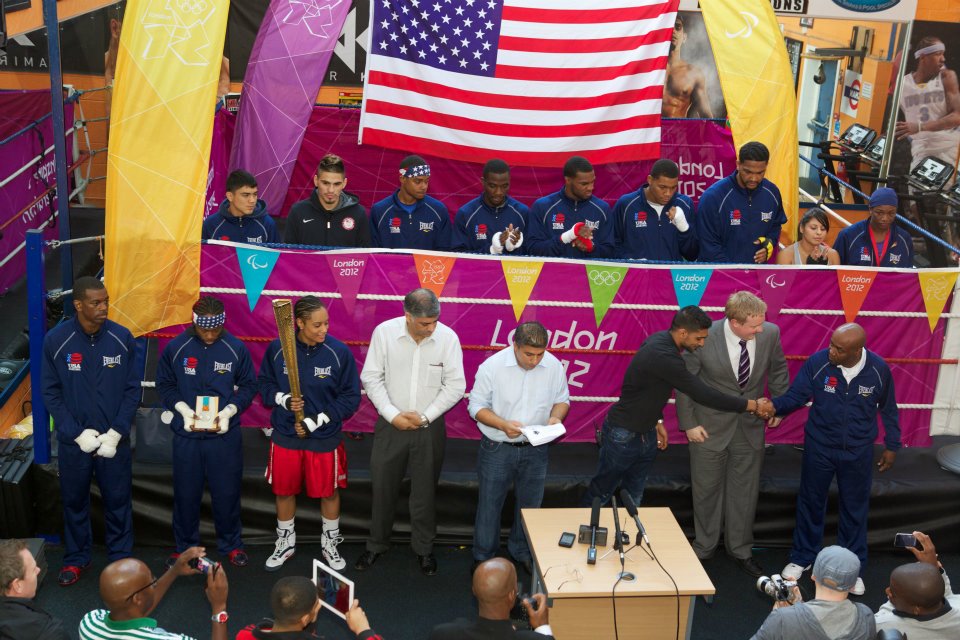 The 2012 London Olympics boxing draw was held on Friday afternoon. This is crucially important, as it determines which fighters are facing one another in the early stages of the tournament. Quite simply, an underdog could theoretically skate past the toughest competition until the medal rounds, or alternatively, be stacked up against one of the big guns early on, making his or her road that much more challenging. With the draw for the Olympic boxing tournament completed, here’s a run down of who and when the Team USA boxers are fighting. 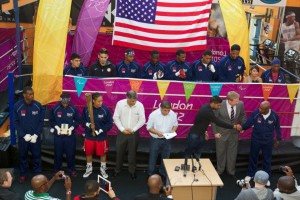 Warren has a first round bye at Flyweight. He’ll face the winner of a match between Nordine Oubaali of France and Ajmal Faisal of Afghanistan. If the favorites keep winning, he would go on to face Michael Conlan of Ireland in his second match.

Diaz faces Pavlo Ishchenko of the Ukraine in his opening match. That’s fine, however, should he win he faces Cuba’s Lazaro Alvarez in the second round. Alvarez is the favorite to win gold in the division, and Diaz will be extremely hard pressed to get past him.

Ramirez is slated to meet France’s Rachid Azzedine in the first round of the lightweight field.

Team Captain Jamel Herring meets Kazakhstan’s Daniyar Yeleussinov in the first round. A win there places him in a second round match-up against the winner of Spain’s Jonathan Alonso Flete vs. Iran’s Mehdi Toloutibandpi.

Gausha gets a first round match against veteran Armenian Andranik Hakobyan. If he wins there, he could be in a second round dog fight against returning bronze medalist Vijender Singh from India.

Browne has one of the toughest draws of any USA boxing member. He faces Australian’s Damien Hooper in the opening match, a challenging contest. The winner is lucky enough to face Russia’s Egor Mekhontsev, coming off a bye. Mekhontsev took a bronze at the recent World Championships, and a gold in 2009 when he was at heavyweight.

Hunter faces talented Russian Artur Beterbiev in the first round. Worse, should he advance he faces top dog Oleksandr Usyk in the second round. Usyk is the defending world champion, making Hunter’s road daunting to say the least.

Fighting one hour after Hunter does, Breazeale also begins his tournament with a tough slate. He faces Russia’s Magomed Omarov, and then should he advance, he gets the right to likely face Magomedrasul Medzhidov in the second round, the division’s favorite.

Esparza has a first round bye in the division. In the second round, she’ll face the winner of the match between Erica Matos of Brazil and Karlha Magliocco of Venezuela. A trip to the third round sees her likely facing world champion Ren Cancan of China, in what would be a semi-finals match, ensuring a bronze to the loser.

Underwood has a first round bout against the UK’s Natasha Jonas. Winning that match sees her square off against her rival, the world’s top female amateur fighter, Ireland’s Katie Taylor. Tough draw for Underwood having to meet Taylor in just the second round.

Shields gets a first round bye, leading her to a match between the winner of Naomi-Lee Fischer-Ramussen of the UK and Anna Laurell of Sweden’s. A win there puts her in the semi-finals, likely against division favorite Savannah Marshall.

Thanks for checking out all of our coverage on the Olympic boxing draw results, as well as the fight times and opponents for every US Olympic boxer.