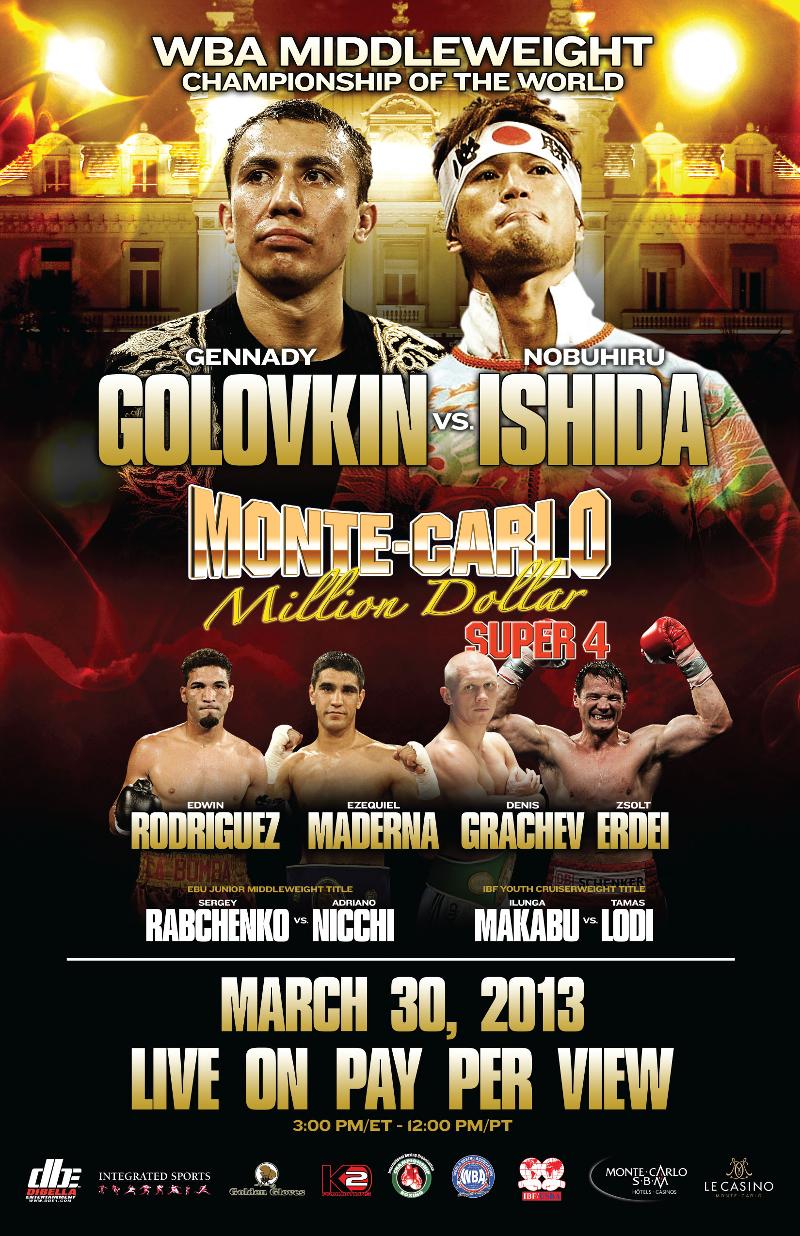 As the date of Gennady Golovkin’s title fight in Monte-Carlo looms, Golden Gloves promoter Rodney Berman has issued a stark warning to the WBA and IBO middleweight champion: “Underestimate Nobuhiro Ishida at your peril.”

Unbeaten Golovkin makes his seventh title defense against the Japanese boxer, who is considered a very large underdog against one of the world’s best middleweights, in Monaco on March 30. 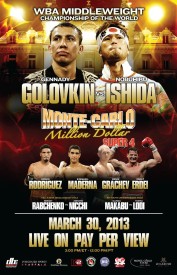 Berman’s fighters have a remarkable knack for upsetting the odds, none more impressive than Corrie Sanders, who stopped heavy favorite Wladimir Klitschko in two rounds for the WBO heavyweight title 10 years ago. The late Sanders was a prohibitive underdog, but he stunned the doubters with the performance of his life.

Of course, Ishida himself had a hand in one of the biggest upsets of the past several years, when he knocked out comebacking James Kirkland in just one round in their April 2011 fight.

“I must admit, it’s a bit freakish, which is why I learned long ago never to underestimate anyone in boxing,” said Berman. “Some of the least likely boxers go on to do great things.”

Another such example occurred in 1996 when Sugarboy Malinga, who had lost nine fights, was matched with ferocious puncher Nigel Benn for the WBC super middleweight title. Few gave Malinga a chance, but he captured a split decision in Benn’s UK backyard.

Berman was again the mastermind when former lightweight champion Dingaan Thobela knocked out Glenn Catley to win the WBC super middleweight title 13 years ago. It was an extraordinary upset that demonstrated Thobela’s power.

Africa’s greatest promoter was again on hand when low-key Phillip Holiday challenged vaunted Miguel Julio for the vacant IBF lightweight title in 1995. The Colombian was on a run of 27 stoppages, but this time it was Holiday who inflicted the stoppage, winning by TKO in the 10th round against every expectation.

Ratanopol Sor Vorapin had made 10 defenses of his IBF minimumweight title when he faced Zolani Petelo, another Golden Gloves star, in 1997. Yet the tiny South African overwhelmed him, inflicting a fourth-round stoppage.

“Complacency is every boxer’s biggest enemy, let this be a warning to Golovkin. Ishida will do him no favors,” said Berman.