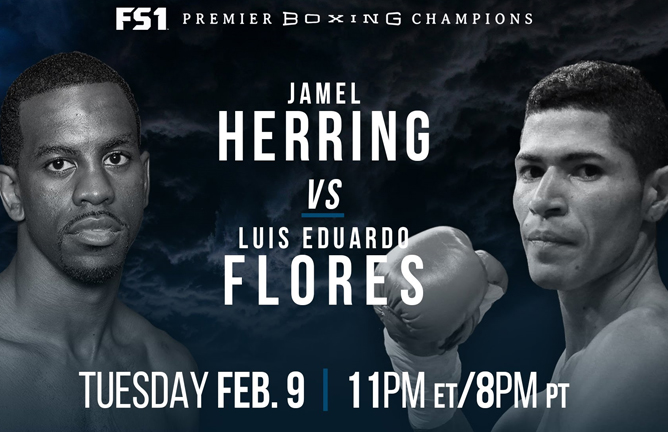 Unbeaten prospect Alex Martin (11-0, 5 KOs) steps up in the co-featured bout when he takes on Rossemberth Gomez (17-4-1, 13 KO’s) of Minagua, Nicaragua in a welterweight bout scheduled for eight-rounds. The bout takes place on an exciting night of boxing that will be part of Premier Boxing Champions Toe to Tue Tuesdays February 9 from Sands Bethlehem Events Center in Bethlehem, Pennsylvania.

In addition to his 2012 National Golden Gloves Championship, Martin won three Chicago Golden Gloves and a National PAL championship fighting out of nearby Harvey, Illinois. An owner of 340 amateur wins, he made it to the United States finals where he lost to eventual Olympian, Errol Spence Jr. Martin turned pro in 2013 and is yet to lose. The 26-year-old picked up four victories in 2015 and will begin 2016 against the 29-year-old Nicaraguan Gomez who will be making his U.S. debut.

“Training is good. I really do not know much about Gomez, but that doesn’t matter much at all because I just go in there and like to fight.”

Martin is ready to showcase his skills for the first time in front of a nationally televised audience and he knows this is just the beginning of positioning himself into bigger fights.

“It is a big step for me. This will show me and the fans how good I am and where I can go in my career.”

Without looking too far down the line, Martin would love a chance at his old amateur rival, Spence. Martin knows that he needs to continue winning and looking good to get that opportunity within in the next year.

“Spence is definitely on my radar. I can see us fighting by the end of 2016 or early 2017. I feel that I will be ready for that fight. He is just one of a few guys that I want to fight on my way to the top. I am just hoping that everyone tunes in on February 9th and the fans will remember my national television debut.”

The Baddest Man on the Planet, Mike Tyson, the Comeback, the Odds. 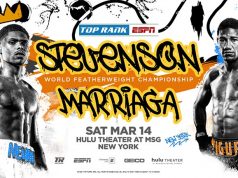 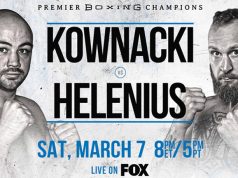 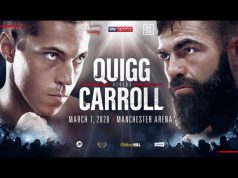 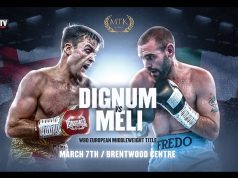 Hearn: Government can help secure Joshua-Fury in the UK

Israil ‘The Dream’ Madrimov: The New Kid on the Eastern Bloc