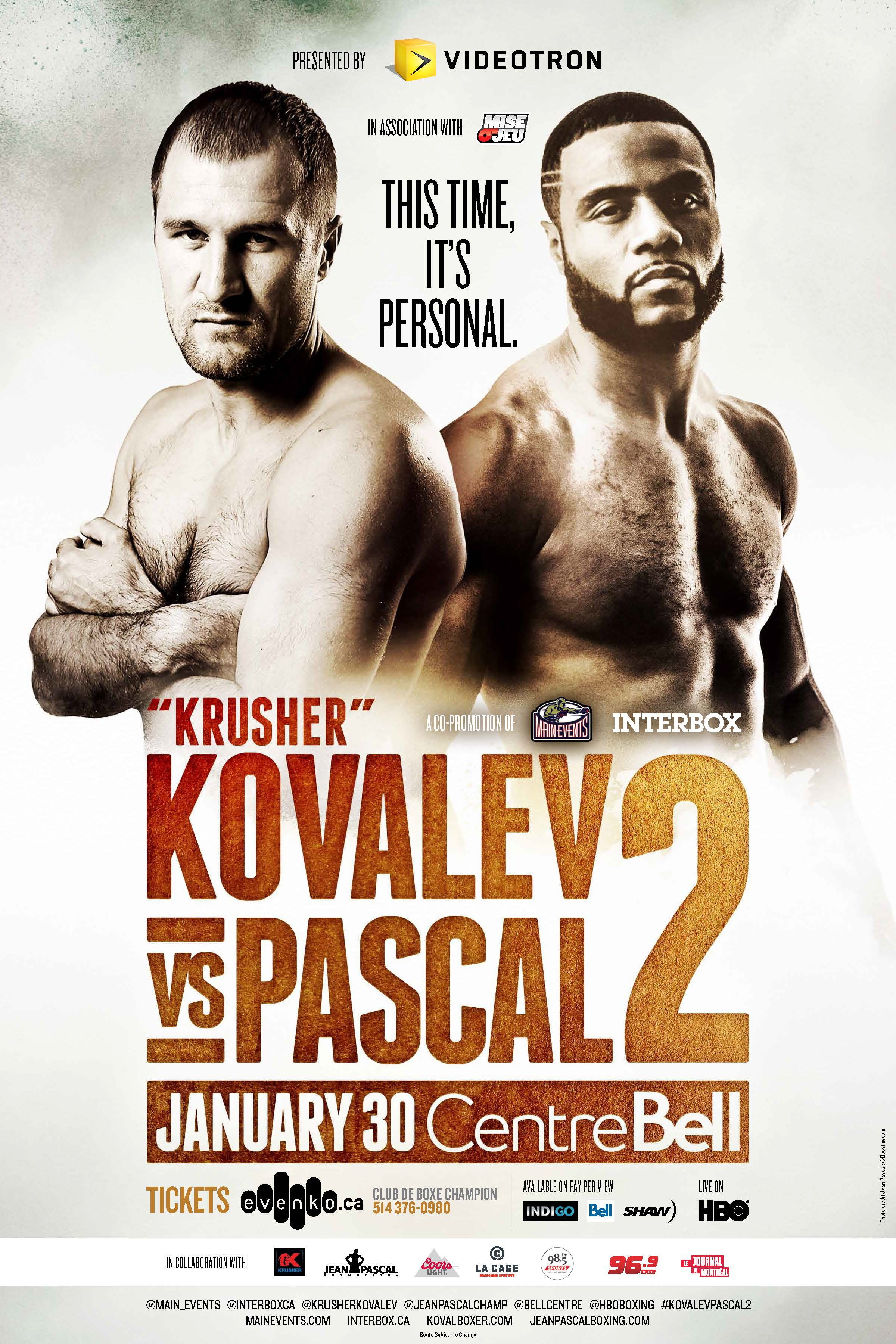 Main Events and InterBox are excited to unveil the first bout between two local fighters that will be on the undercard of the Sergey “Krusher” Kovalev vs. Jean Pascal rematch on January 30 at the Bell Centre. The Canadian match-up will showcase Francis Lafrenière (10-5-2, 6 K.O.) and veteran boxer Renan St-Juste (26-4-1, 18 K.O.).

Renan St-Juste said he couldn’t wait to go into the ring on January 30 : “I’ve beaten all the Quebec-based boxers in my weight division except two : David Lemieux and Francis Lafrenière. The latter, who has improved a lot recently and has moved up significantly in world rankings, was the next one on my list. He’s a good warrior and I will definitely not underestimate him. But it will be a first for him at Bell Centre and he will be facing an experienced boxer.”

Lafrenière, who has a perfect record in his last seven bouts, is not intimidated by his opponent’s experience : “I’ve been lucky enough to train with several talented fighters, including Lucian Bute, David Lemieux, Georges St-Pierre and Eleider Alvarez. I’ve learned a whole lot and I’m ready for this next challenge, which has already created a buzz. On January 30 at Bell Centre, not only will it be personal between Sergey Kovalev and Jean Pascal; it will also be the case for Renan St-Juste and I.”

“We’re aiming to give boxing fans a fight card that will highlight the great talent level our local boxers have. We are therefore working very hard on the undercard, which should be unveiled in full soon,” said InterBox Vice President Pierre Duc.