Austin Trout scored a sixth-round knockout over Joey Hernandez (24-4-1, 14 KOs) on Tuesday night’s main event debut of Premier Boxing Champions on FS1 and Fox Deportes at the Hollywood Palladium, California, extending his record to 30-2 with 17 KOs.

Working behind a strong jab from the opening bell, Trout scored at will and frustrated Hernandez throughout the fight, so much so that, in the fourth stanza, Hernandez was deducted a point by referee Jack Reiss for body slamming Trout to the canvas.

Trout ended the fight in style as a barrage of punches sent Hernandez stumbling to the canvas where he was counted out at the 3:00 mark of the sixth round. Scores at the time of the stoppage were 50-44 on all three scorecards.

Said Trout after the victory:

“We got a good win with a knockout. I’m happy to be here. I want to thank the fans for showing up. If you didn’t come for me this time, you will next time.

“I’m trying to be the best in my class. I think it’s me and if people don’t believe it, they will.

“I thought I was breaking him down. I was watching his body language and there was
No Doubt I was wearing him down.

(On the body slam) “He wasn’t winning. So it wasn’t like there was a need for the flash. He was getting desperate. Maybe he was hoping I got hurt with the body slam but that wasn’t the case.

“It’s an honor to fight in the Tuesday night PBC on FS1 debut. I can’t wait to get back in the ring. I would like it to be before the end of the year against a world champion or top name in the division.” 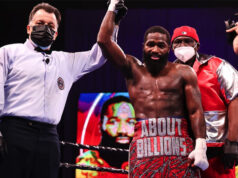 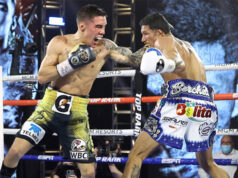 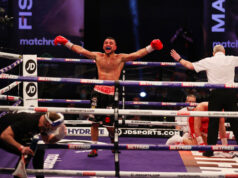 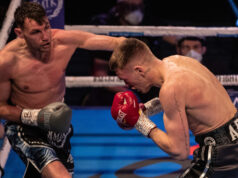 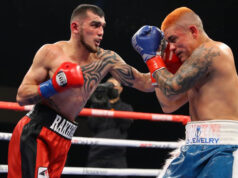 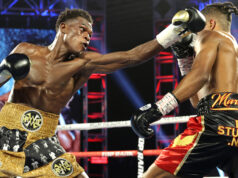