Both fighters looked in impressive condition and an equal match for one another in a cagey opening first round. Patterson landed a heavy right hook on Aston which clearly hurt him, the Dudley man retreated before gaining his composure. Patterson didn’t want to be drawn into a brawl and used his jab well throughout the first.

Aston was looking to make up for a poor first round and looked to land a big shot of his own. Ahmet sensed danger and threw his jabs from a safe distance. The contest began to heat up in the latter stages of the second round with both fighters missing some big shots.

Classy Patterson caught the Aston with another big right-hand at the beginning of the third round which was taken well. Aston replied with his own big right-hand and continued to press forward, neither fighter wanted to take a step back.

“Punch Picker” had his opponent up against the ropes in the fourth after landing a powerful headshot. Aston looked to be in trouble once more but came back into the fight again much to the delight of his travelling support.

Patterson began to take hold of the fight in the fifth round, demonstrating his punching power and he finally got his knock down, dropping Aston with a clinical right hook.

He could sense a win and came out looking for another knock down in the sixth round. The bloodied Aston bravely fought on looking to get back into the fight. Aston was floored for a second time and stayed down before rising to his feet once more. A three punch combination dropped Aston for a final time in the neutral corner and the referee had seen enough.

“I’ll fight anyone, I’ve shown everybody tonight what I’m all about. I know I’ve got what it takes to beat the best and I’m certain that I’ll be claiming my own world title some day.” Said Patterson afterwards.

Ryan Walsh made a stunning first defence of his British Featherweight title with a brutal fifth round KO against Aberdeen’s Darren Traynor at Bethnal Green’s York Hall.

Roared on by hundreds of his loyal Farmy Army supporters, Walsh put on a stunning performance in the opening defence of the title he won against Samir Mouneimne last September.

Both fighters set a fast pace in the opening first round with no feeling each other out, both went straight into each other with relentless punches being thrown.

Walsh’s legs wobbled in the second from an over-hand right but the Norwich man laughed it off as he quickly regained composure. Both men were at each other’s throats throughout the second round with powerful jabs being landed.

The Cromer man began to take control in the third, inflicting a nasty cut on the right eye of the Scotsman. With blood streaming down his opponents face, Walsh upped the pace towards the end of the round, landing some good combinations.

Walsh looked to take advantage of Traynor’s cut by landing a series of precise jabs on begins to open up again.

The contest was settled in the fifth round with a sharp right hand followed by three left hooks, and then a dynamite right hand to send Traynor through the ropes with the referee waving it off at the count of 8 to send Walsh’s fans into a frenzy.

“It’s amazing to start the year off with a big win and a big performance. Darren was a tough opponent and put up a good fight for the first few rounds until my accuracy and power came through and I found myself landing at will and I knew then it was only a matter of time before I nailed him,” Said Walsh.

“In the fifth round I could see that I was hurting him and then I landed a beautiful combination starting with the right hand and three left hooks and a final right hand to send him crashing through the ropes and I knew he wasn’t going to be getting up, thankfully the ref called it off,”

“I’d like to thank my loyal fans for turning out as they always do to support me and I give them what they want; excitement. My dream is to win this beautiful Lonsdale Belt outright and tonight was the first of three defences, I cant wait for the next one.”

UNDERCARD RESULTS FROM THE YORK HALL

Red hot Welling lightweight prospect Archie ‘Sharpshooter’ Sharp returned to action tonight with an impressive points victory over Quasim Hussain. It’s looking to be a promising year for Sharp who opened the night’s actions with a commanding performance. The unbeaten 20 year-old claimed his fourth successive professional victory and was on top throughout; firing hooks at will.

Sharp came steaming out of his corner and had Hussain on the back-foot from the very first bell. The Welling man bullied his opponent throughout the first round, peppering him with well-timed hooks and jabs. Sharp looked like he had a point to prove as he landed shot after shot on the retreating Hussain.

It was more of the same in the second round as ‘Sharpshooter’ went looking for a big KO; picking and choosing shots at his will. Sheffiled’s Hussain had no reply for the blistering speed of Sharp and did well to survive the second round.

Hussein began to retaliate in the third round but Sharp was having none of it; still searching for that big show-stopping punch. Sharp looked to be in top condition as he continued to relentlessly chase the tiring Hussain around the ring. Archie’s confidence grew as the fight went on and he began to land impressive combinations.

Sharp could sense a stoppage and hunted down the bullied Hussain with a series right hooks. The stylish Sharp had his opponent pinned against the ropes for much of the final round and came away winning every round.

Teenage terror Ben Smith lit up Bethnal Green’s York Hall with a dominating points victory over Trowbridge’s Dan Carr. The nifty super-lightweight from High Wycombe put on a show for his vocal following and sent them home happy with a professional performance. Smith, who captained Young England during a glittering amateur career, looks to have a big future ahead of him and began the year in impressive form.

The 19 year-old wasted no time, flying out of his corner looking to land some big right hooks in a lively opening round. Smith had Carr pinned in the corners for long spells and looked the more aggressive fighter; picking and choosing his shots.

The second round started in a similar fashion with Carr unable to land any meaningful shots of his own. Archie continued to dominate the Trowbridge man and began landing some impressive combinations.

Carr began the third round with a new found confidence but Smith kept him at bay with a stiff left jab. Cheered on by a rowdy York Hall, Smith continued to find his way past Carr’s defence with his fantastic footwork and well-timed shots.

Smith went in search of a knockout in the final round and landed a number of bruising blows on the tiring Carr. “There’s only one Ben Smith!” echoed around the famous old hall as the young prospect ended the bout with a flurry of punishing shots.

Already proving to be a champion when it comes to flogging tickets, the popular Long showed he has the boxing skills to pay the bills.

The Essex boy had York Hall’s punters on their feet from the off; landing a series of well-timed shots on the experienced Gray. Long looked composed throughout the first round as he threw jabs, hooks and uppercuts all to good effect.

The all action crowd pleaser looked like he had a point to prove and steamed into Gray at the beginning of the second round. Gray realised he was in trouble and did his best to dampen Long’s relentless punching power by holding on.

Dubbed ‘The Bomb’, Long was certainly living up to his name as he caught Gray with some explosive shots in the third round. Gray remained a threat heading into the fourth and final round by throwing some big shots but the well-supported Long remained on top throughout.

The 25 year-old from Sidcup smashed home a huge right uppercut in the first round that threatened to end the fight early and went on to land some of the big right hand shots that he’s known for. Birkensberg was in trouble from the off and Carr looked to have the bit between his teeth, beginning to work the body in the second round. Carr refused to take a step back and continued laying down big accurate punches that left the Latvian with a bloodied nose.

Birkenbergs looked like he’d rather be anywhere else in the world than facing the tremendous punching power of Carr but bravely fought on. Carr ended the contest in the third round with a crippling left hook to the body that dropped Birkenbergs to the canvas. It was a fantastic performance from the man who promises to bring excitement to his fights.

Lewis Pettitt made an explosive return to action tonight with a solid victory over Poland’s Krztof Rogowski. The Erith super-bantamweight got back on track with a punishing fourth round stoppage. Pettitt, 25, admitted mistakes were made in the run-up to his loss against Lincoln’s Bobby Jenkinson but put things right tonight against a tough opponent.

The hugely popular Pettitt needed to be at the top of his game against a rough and ready Rogowski. Poland’s Rogowski started the bout with confidence as the two men sized each other up. After a rocky first round Pettitt began to find his feet, utilising his jab well. Rogowski received his first warning of the night when the referee caught him using his head; this only served to anger Pettitt who began to land some eye-catching left hooks on the Pole.

Pettitt, looking fitter and sharper than ever, stepped things up in the third round and looked to be reaping the benefits of his improved diet. Rogowski continued to ignore the referee’s warnings and eventually had a point docked after dumping Pettitt on his back; the Pole was doing all in his power to stop Pettitt’s onslaught.

A strong right to the body dropped Rogowski in the third round and he was down again moments later thanks to another big blow to the body. Pettitt knew he had the fight under control and ended the round with a flurry of shots. Rogowski went down for a final time in the fourth round and the referee halted the contest to save him from any further punishment. 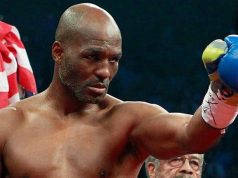