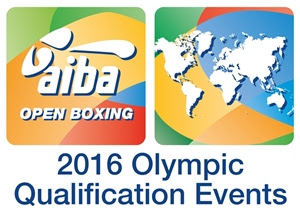 Following March and April’s thrilling AIBA Continental Olympic Qualification Events, the line-ups for the Olympic Games Boxing Tournament in Rio de Janeiro are beginning to take shape. 135 quota places were awarded to 51 countries across the four tournaments, while three further opportunities remain for the final Olympic berths over the coming months.

“This has been a hugely important month in boxing, and successfully staging four first-class continental qualifying events in such a short space of time is testament to the hard work and spirit of cooperation between the National Federations, Confederations and Local Organising Committees and AIBA. My congratulations to those boxers whose efforts have been rewarded with qualification for Rio, and I eagerly look forward to our forthcoming last qualification events,” declared AIBA President Dr Ching-Kuo Wu.The occasion of the four Olympic Qualifiers was also used to ratify the HeadsUp Charter, AIBA’s ongoing commitment to the development and sustainability of boxers’ careers. The document was signed by National Federation Presidents Bertrand Mendouga of Cameroon and Eyup Gözgeç of Turkey, as well as Oceania Boxing Confederation President Ted Tanner, underlining the commitment of the AIBA community to pursue the development of boxing from grassroots to elite level and ensure the reach of boxing into every corner of the globe with new initiatives building on the four pillars of the HeadsUp coporate programme.

Ted Terry, Oceania Boxing Confederation President added: ”Firstly, I proudly congratulate those Oceania boxers who have won their quotas for the Olympic Games in Rio. Furthermore, the OCBC strongly supports the ‘HeadsUp’ program specially that it is being incorporated into national R&J and Coach Certification courses”

Three further opportunities to qualify now remain for those athletes left seeking the final Olympic places. The AIBA Women’s World Boxing Championships take place in Astana, Kazakhstan on 19-27 May with the final 12 women’s berths available, before the men’s AOB World Olympic Qualification Event in Azerbaijan from 14-26 June and July’s APB-WSB Olympic Qualification Tournament take the final total of boxers at Rio 2016 up to 286.