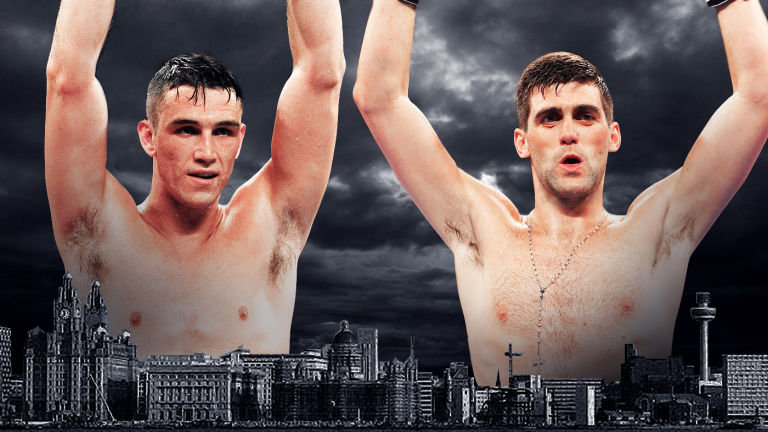 Saturday night at the Echo Arena in Liverpool, a hugely important and intriguing showdown between unbeaten British super middleweights takes center stage, as Rocky Fielding and Callum Smith square off to determine which of the two is skyrocketing ahead towards title contention, and which stumbles farther back. On the undercard, fighters including Scotty Cardle and Ricky Burns are also in action, and right here, we’ll be offering results coverage of the card as well as round by round reporting on Smith vs. Fielding.

Fielding vs. Smith Round by Round

Rd 1: Callum Smith landed an overhand right and a solid left uppercut in the follow up barrage to put Fielding down early in the first round. Smith went on constant attack but Fielding landed a decent right hand of his own and a left uppercut while on the ropes and began to back Smith up. Smith then landed an overhand left to crumple Fielding to the canvas and stop his momentum. Fielding carried on gamely but another vicious barrage put him down. He struggled to get up and the referee waved it off. Smith by intense first-round stoppage!

Thanks for stopping by and be sure to check back later on this evening for more of today’s boxing results, as well as ongoing post-fight coverage and aftermath.