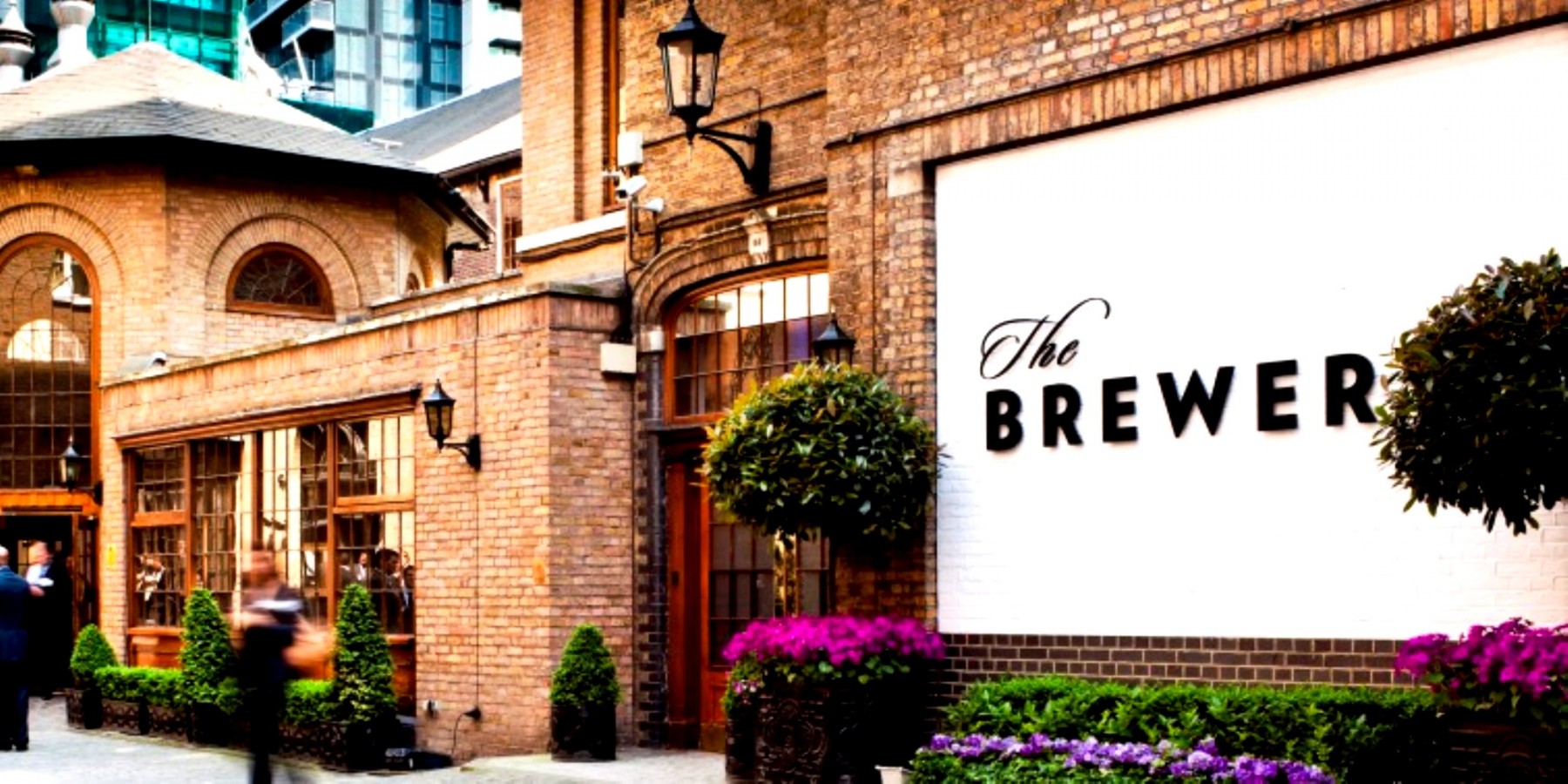 After defeating Algeria Desert Hawks on Tuesday night, Russian Boxing Team compete in their second match of the week as they face British Lionhearts in London.

This very important fixture will emanate from East London’s The Brewery in a special Black Tie event.

A resplendent audience at the venue will be treated to a wealth of excellent boxing headlined by British Super heavyweight (91+ kg) Joseph Joyce who is currently engaged in a ferociously tight battle to qualify for the Rio 2016 Olympic Games through WSB.

The Brewery, London is the venue for this Group A clash, where on Thursday 9th April fans across the world can watch the action free, live and on demand from 20:00 at AIBABoxingTV.com.

5-0 Joseph Joyce has been one of the most impressive boxers in all of WSB, and the power puncher has stopped three opponents so far in Season V.

Unlike the majority of the weight classes in the competition, only one Super heavyweight will qualify for Rio 2016 through WSB, and with just two matches to go, Joyce is a single point behind the number one ranked Filip Hrgovic.

The slight points discrepancy means that Joyce needs a convincing victory over Gasan Gimbatov to keep track with Hrgovic, but such a win may be difficult against the undefeated Russian fighter .

Radzhab Butaev tops the Welterweight (69 kg) rankings this season, and the 5-0 star could qualify for Rio if he achieves success in his penultimate match of the Regular Season.

With two Welterweight quotas for the Olympic Games available, Butaev is six points ahead of third ranked Steven Donnelly, which means that a win for the Russian star over British debutant Scott Fitzgerald could see him become the first man to reach Rio this season through WSB.

Fitzgerald is the reigning Welterweight Commonwealth Games gold medalist however, and the Lionheart will be keen to perform well in his WSB debut.

Russia’s Vetkin has impressed in all three of his matches this season, while his Spanish opponent has been on the losing side of two split decision verdicts in recent weeks.

Oualid Belaoura has yet to find success for the Lionhearts in Season V, and the Lightweight (60 kg) will be keen to earn his first win of the campaign against 3-1 Adlan Abdurashidov.

The Russian Abdurashidov lost his last bout to Algeria’s Reda Benbaziz, so will be eager to return to winning ways in this bout.

British Light heavyweight (81 kg) Joshua Buatsi received a lot of plaudits despite losing his first WSB match against Peter Mullenberg via split decision, while his week 12 opponent is Pavel Silyagin, a split decision specialist who has won all three of his matches this season by that verdict.

Expect a close match between the two men in a match which could define the overall scoring of the evening.

As for the rest of this weekend’s WSB action….

Can Morocco Atlas Lions make it three wins in a row against China Dragons?

Morocco Atlas Lions host China Dragons in week 12 of the World Series of Boxing (WSB), and though neither team are likely to reach the knockout stages of the competition, there are boxers competing who are capable of qualifying for the Rio 2016 Olympic Games through WSB.

The Moroccan team will be full of confidence after winning their last two matches, while China Dragons defeated Morocco in week five of the competition.

Hyatt Regency, Casablanca is the venue for this Group A clash, where on Friday 10th April fans across the world can watch the action free, live and on demand from 22:00 (GMT +1) at AIBABoxingTV.com.

All eyes will be on Morocco’s Mohammed Rabii in Casablanca, as the undefeated 5-0 star is second in the Welterweight (69 kg) rankings, and on the cusp of qualifying for Rio 2016.

The African boxer is one point behind top placed Radzhab Butaev, but five points ahead of Ireland’s third ranked Steven Donnelly in the Welterweight rankings, which means a home win here will make him a huge favourite to reach Rio.

His penultimate match of the Regular Season comes against China’s 1-2 Liu Wei who beat Britain’s Haizel Ekow Tabiri-Essuman in his last match.

Rabii has been one of the best boxers in Season V of WSB however, and has already beaten the likes of Marvin Cabrera and 2012 Olympic gold medalist Roniel Iglesias Sotolongo in the competition.

Moroccan Flyweight (52 kg) Achraf Kharroubi is ranked fifth in his weight class, but is only two points behind the second placed Jeyvier Cintrón Ocasio.

With two Olympic quotas available for Flyweights, the 3-2 Kharroubi can stay in the qualification mix if he defeats China’s 1-1 Chang Yong at home.

Two of the form teams in the World Series of Boxing (WSB) meet this week in Havana as Cuba Domadores face Mexico Guerreros.

Season IV Champions Cuba have won all of their eleven fixtures in this campaign, while the Mexican Franchise are on a six match winning streak.

While there is plenty of team glory to be had, there is also individual success ahead for many fighters appearing, as this is the penultimate match for these weight classes in the Regular Season.

With Rio 2016 Olympic Games qualification in sight for those competing in this fixture, the concentration levels and hard work will be at an all time high.

Ciudad Deportiva, La Habana is the venue for this Group A clash, where on Friday 10th April fans across the world can watch the action free, live and on demand from 20:30 (GMT -4) at AIBABoxingTV.com.

Cuba’s Yosbany Veitia is the number one ranked Flyweight (52 kg) in WSB, and will qualify for Rio 2016 if he defeats Mexico’s fourth ranked Orlando Huitzil Ahuatl.

Veitia is 5-0 this season, and is six points ahead of Puerto Rico’s Jeyvier Cintrón Ocasio who is his nearest rival.

The Cuban is also eight points ahead of third ranked Brent Venegas III, and his Mexican opponent, which means if he succeeds here then nobody will be able to catch him in the last match of the Regular Season.

Orlando Huitzil Ahuatl is a very tough competitor however, and is on a three fight winning streak with his lone loss a split decision defeat against Vasiliy Vetkin.

Mexico’s exciting star knows that if he loses then his Olympic dreams are all but over, so the opening match of the night is one of the most important of the entire WSB weekend.

A victory for Alvarez against Mexico’s 0-1 William Zepeda Segura will ensure that his destiny remains in is his own hands ahead of the last match of the Regular Season.

The 2-2 fighter faces another tough contest this week with Mexico’s 1-0 Héctor Andrés Reyes Anguiano his opponent.

Julio Cesar La Cruz has been one of the most dominant boxers in Season V of WSB, and the Domadores is on course to qualify for Rio 2016 through WSB.

He will meet one of his toughest opponents of the season in Havana, as Ecuador’s 2-0 Carlos Mina takes to the ring.

Mina has won both of his matches at home this season, but the entertaining Guerrero will have no fears in fighting the two-time AIBA World Champion away.

Although Eunice Pero is unlikely to reach Rio 2016 via WSB due to only one Super heavyweight quota and the imposing form of Filip Hrgovic and Joseph Joyce, the Cuban must win to maintain any hopes of qualifying, and to help his Franchise defeat the mercurial Mexican team.

Who will return to victory when Ukraine Otamans and Algeria Desert Hawks meet?

Ukraine Otamans host Algeria Desert Hawks in a must win World Series of Boxing (WSB) match for both Franchises.

The European team have slipped to fourth in the Group A table, while Algeria have yet to win away from home this season.

Both teams are capable of brilliance, which makes this clash a very intriguing proposition.

Ukraine lost to African opposition in their last match as they were defeated by Morocco Atlas Lions, while this is Algeria’s second match in a week after they faced Russia on Tuesday night.

Additionally, this is the penultimate match in the Regular Season for the weight classes in action, so those in the hunt for Rio 2016 Olympic Games qualification through WSB need to maintain their momentum.

Sports Palace, Kiev is the venue for this Group A clash, where on Friday 10th April fans across the world can watch the action free, live and on demand from 21:30 (GMT +3) at AIBABoxingTV.com.

Algerian Lightweight (60 kg) Reda Benbaziz is on a four fight winning streak in WSB, and has never been beaten in the ring this season as his lone loss was a walkover defeat in week two of the competition.

Only two Lightweights will reach Rio 2016 via WSB, so Benbaziz needs a victory against Ukrainian debutant Viktor Slavinskyi to keep his Olympic dreams alive.

Usenaliev has won both of his home matches this season, while El Barka will be hoping to become the first Desert Hawk Flyweight to win in Season V.

1-2 Ukrainian Welterweight (69 kg) Oleg Zubenko then faces Algeria’s 2014 National Champion Zohir Kedache who makes his first appearance of the campaign for his Franchise.

Oleksandr Khyzhniak has achieved success in all three of his home matches this season for the Otamans, and the fourth ranked Light heavyweight (81 kg) competes against 1-3 Nabil Kassel in Kiev.

Although fourth in the Light heavyweight standings, Khyzhniak is nine points behind the top two fighters in the weight class, which means that even a win this weekend could see him lose his hopes of Olympic qualification through WSB.

The beauty of WSB however is that every match is important for the team, and his match against Kassel could be crucial on the night in terms of which Franchise ultimately proves victorious.