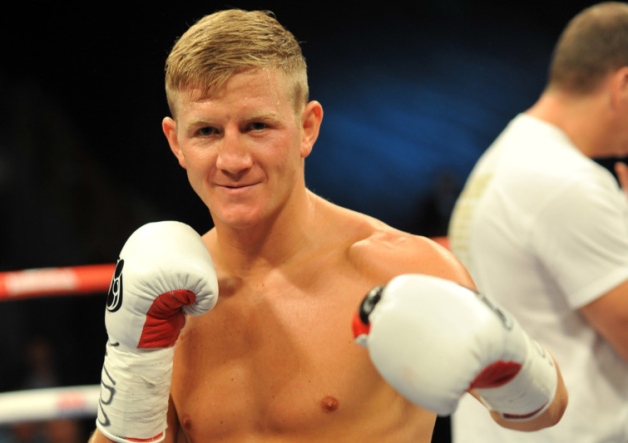 In what will be 21-months since Bradley Saunders’ (12-1) shock defeat to Frenchman Renald Garrido (14-11-1), the Beijing 2008 Olympian is heading back to the ring on June 23rd in Newcastle in a bid to rebuild his career.

In his first appearance since 2015, the former WBO Inter-Continental champion plans to resurrect his career after successful surgery on both hands, which were left badly damaged after his sole career defeat.

It was back in September 2015 at the Liverpool Olympia, on the undercard of Stephen Smith’s sixth-round stoppage win over Devis Boschiero, that Saunders, 31-years-old, was unexpectedly disqualified by referee Steve Gray for an intentional head-butt on his French opponent.

The Sedgefield super-lightweight’s 13th fight proved to be superstitiously unlucky when he ruptured ligaments in both fists in the scheduled eight-round bout with ‘Le Lion’ from Marseille.

The injury-plagued County Durham puncher was taken straight to hospital after the maiden loss for emergency surgery.

A recurring injury, hand specialist Mike Hayton first operated on the left hand of Saunders in 2012 after an eight-round points win over three-weight Irish champion Peter McDonagh in just his fifth pro bout.

That operation was a success with Saunders returning to reel off six stoppage wins out of seven, including an 81-second demolition of Ville Piispanen to claim the WBO Inter-Continental super-lightweight title in June 2014, whilst still signed to Frank Warren.

After switching sides to Matchroom, Saunders then hurt his right fist in the spring of 2015 whilst preparing for a shot at Dave ‘Rocky’ Ryan’s Commonwealth crown.

Hayton fixed that too and, after a six-month layoff, he returned to the ring against Garrido with one eye on a big Commonwealth title showdown against then-champion John Wayne Hibbert, who has just recently announced his decision to return from retirement.

This next fight on June 23rd, which marks the anniversary of the highly-debated Brexit vote, will be a make or break fight for the County Durham star. All eyes will be on his performance to see if he still has the potential to reach the heights that were previously expected of him.

He said, “I don’t want any regrets when I’m older. I’m happy with what I’ve achieved already but don’t want to reach an age where I wish I had boxed again.

“So while I can, I will crack on. Just don’t want to live my life with any regrets.”

Saunders boasts one of the most decorated amateur careers of this millennium, winning a Silver medal at the 2010 Commonwealth Games, Gold at the 2009 EU Championships and Bronze at the 2007 World Championships, plus collecting 12 national titles as well as representing his country over 100 times.

He competed in the 2008 Olympics in Beijing although narrowly defeated in the second stage by scores of 11-7 to Alexis Vastine, who later died in the Villa Castelli helicopter collision in 2015.

Prior to the Garrido defeat, Saunders was widely tipped by many to be a future world champion at 140lbs.

Now, aged 31, Saunders will have to be fast-tracked if he plans to return to the mix at the top level, currently dominated by WBO and WBC super-lightweight champion Terence Crawford.

Sunderland’s Kelly has impressed in his opening bouts in the paid ranks, landing his first stoppage win in Birmingham with a clinical display against Jony Vina to add to his debut win over Jay Byrne.

Adam Booth’s 23-year-old charge represented Team GB in Rio at welterweight and will face Birtley’s Whitfield, 30-years-old, who unsuccessfully challenged for the Northern Area strap in his last outing in October.

‘Pretty Boy’ has expressed his desire to advance quickly as a pro and is looking for another standout performance to elevate his rising profile and to also propel the growing North East boxing scene into the spotlight.

Former IBF World bantamweight champion Stuart Hall (20-5-2) returns for the first time since his defeat to Lee Haskins (33-3) as he looks to build towards another World title shot.

Cruiserweight pair Simon Vallily (10-1) and Warren Baister (5-0) are both back in respective bouts while Preston’s super-welterweight Scott Fitzgerald (6-0) and Sunderland’s super-middleweight Jordan King (8-0) are also in action.