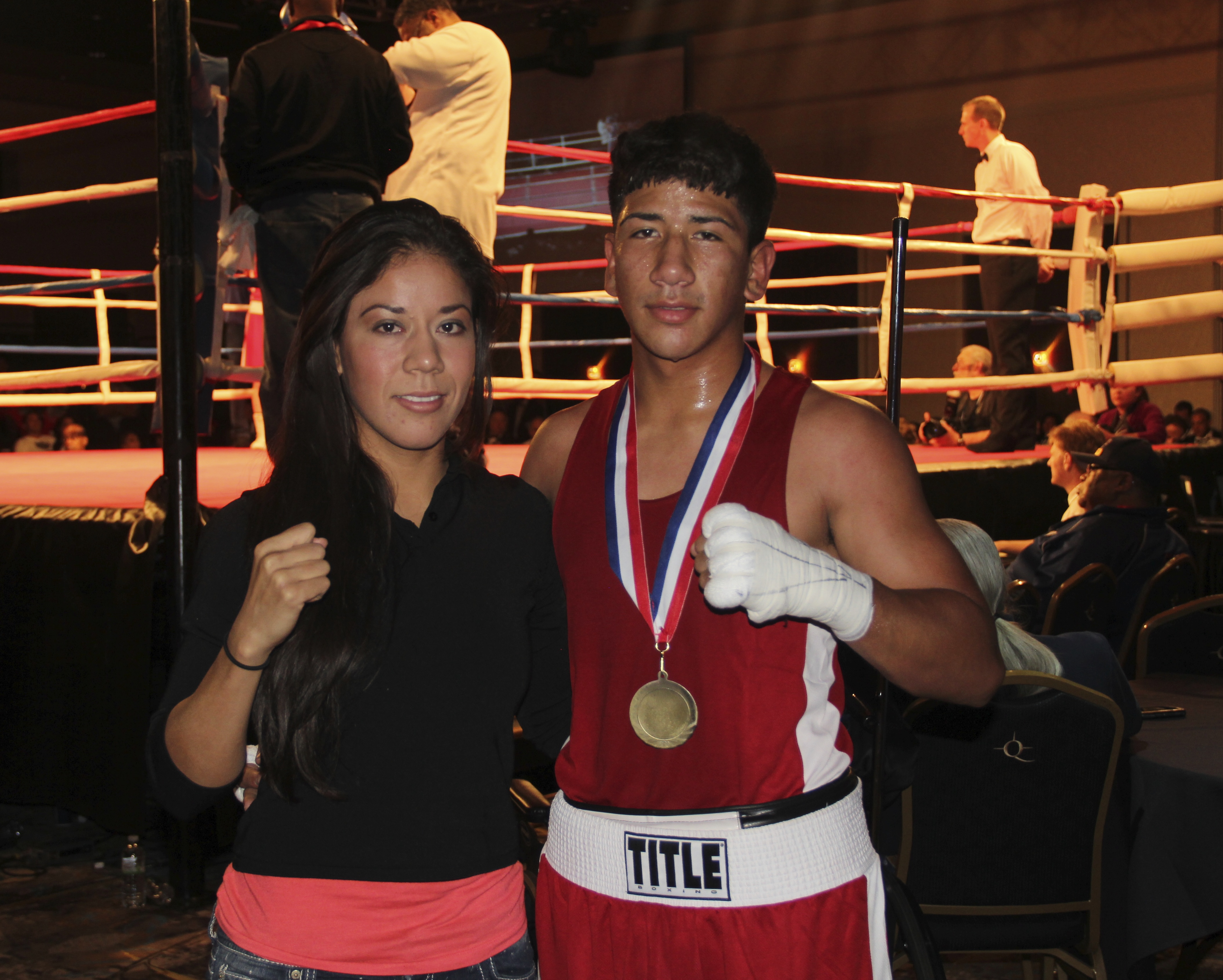 On September 5, 2013, seventeen-year-old Alexis Urbina, a 2013 USA Boxing National Champion and USA National representative at 141 pounds, died from injuries sustained in an attack at his home. Authorities continue to investigate his case as a homicide. His 23 year old sister, Mexico’s amateur boxing standout, Sulem Urbina, would like to share the following statement:

Many of you know that my brother, Alexis Urbina, was found beaten last month in my family’s home, in Phoenix, Arizona. It has taken me some time to gather my thoughts, but I am ready to speak out about this tragedy. I would like to thank everyone who has supported my family in this time of crisis. Many friends and members in the boxing community have helped with fundraisers and made donations to cover funeral costs. Some brought over cooked meals. Thank you to all the media who covered this tragedy, and for continually asking the public to help find who may be responsible.

I was not prepared for something like this to happen. My brother and I trained together at Knockout Boxing Club in Phoenix, Arizona, with my husband, and coach, Andrews Soto. We were all extremely close and spent a lot of our free time together. My brother Alexis was always smiling, telling jokes, and trying to make everyone laugh. He had a large group of friends, but he did not associate himself with a crowd that could get him into trouble. I am not aware of any problems he had with any groups of people or any individuals.

On Tuesday, September 3, 2013, Alexis stayed home from school, because he was planning to enroll in an online school program. The online program would have allowed him to attend more national and international boxing competitions, while still allowing him to get his schoolwork completed during his boxing trips. My mother, Consuelo Ochoa, came home from work and found my brother badly beaten, lying on the living room floor, gasping for air. From there, he was rushed to Good Samaritan Hospital. I rushed to the hospital with my husband, and we both soon realized the severity of his injuries. I was devastated, and there wasn’t anything that I could do to help my brother.

My initial thoughts were that the people who had killed my brother should be brought to justice. Our family doesn’t know anyone capable of doing something like this. If anyone knows anything, please contact our local authorities, Silent Witness in Phoenix, Arizona, with your tips or leads. The number to call is (480) 948-6377.

A few days after my brother’s funeral, things began to slowly get back to normal. I’ve returned to my college classes, but at times, it is still really hard to concentrate. Homework takes longer to complete, and studying can be difficult. Life keeps going, and I’ve been taught that maintaining a strong work ethic is the right way to handle adversity. I also returned to training again in the gym, but it doesn’t feel the same without Alexis there. He encouraged me to work hard, because it would help increase opportunities for myself, and my sport. We had plans in place to make all of our dreams a reality.

We wanted to be the first brother and sister boxing duo to qualify for the 2016 Olympic games in Rio de Janeiro, Brazil. Alexis would have represented Team USA, and myself, Team Mexico. We knew exactly what needed to be done to achieve our goals. It was just a matter of putting in the work needed to get there.

On October 5, 2013, I traveled to Agua Prieta, Sonora, Mexico, where I competed in my first amateur fight since my brother’s death. I won the fight with a second round TKO. Although my brother is not here physically, I still have him here with me, spiritually. I want to accomplish everything we promised we would do together. Every victory from this day forward will be dedicated to Alexis. Take care of your loved ones, and each other, because we aren’t promised tomorrow.