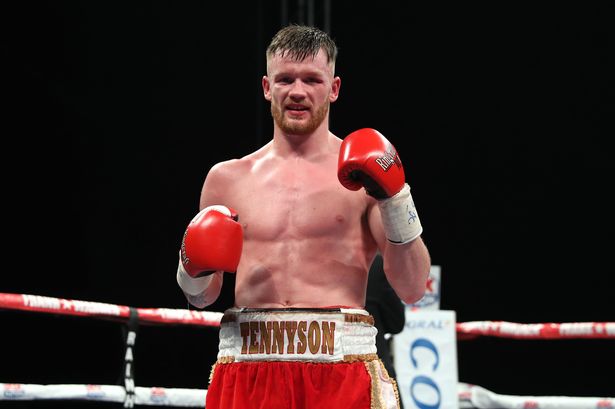 James Tennyson feels he’s above domestic level – and says he’ll prove that on Saturday night when he faces Ryan Doyle for the WBA International Super-Featherweight title at the SSE Arena Belfast, live on Sky Sports.

The 23 year old believes he’s better prepared for more title assaults now, and wants to show that in what he believes will be a cracking fight against the English Featherweight champion from Manchester.

“I’m very excited, said Tennyson. “I’m pleased to be a part of the show and hopefully Ryan Burnett becomes Ireland’s next World Champion and these big nights can continue to come back to Belfast.

“I believe I’m beyond Irish title level. I’m not going to gain or learn much more at that level or by boxing journeyman. I’ve gone through that now. This is a fight that I needed and help bring my career to the next level.

“I’ve watched Ryan and this is going to be a really entertaining match up. With the WBA International title on the line, it gives it a little more spice.

“Usually I don’t look too much into my opponents, I get in there and take it as it comes. I’m confident in my own ability to get the job done. My team already know a bit about the boy so they are telling me the plans which we’ll adopt on the night.

“I’ve prepared for a tough fight no matter what so the late change of opponent doesn’t really change all that much for my planning.

“It’s all work in progress. I want to get to World level. This is a great stepping stone to help get where I want to be.

“I don’t really go in thinking ‘I’m going to knock this guy out’, I like to box. It’s going to be a good fight for the fans to watch. I’m an aggressive, come forward fighter.

“Camp has gone well. I’m pretty happy going into the last few days. Now it’s all about getting the weight right, all the hard work has been done now. I’m just looking to get this show on the road now.”

Tennyson’s clash with Doyle is part of a huge night of action in Belfast as Ryan Burnett challenges Lee Haskins for the IBF World Bantamweight title.

Tickets are on general sale priced at £30, £40, £60 and £100 from the SSE Arena Belfast at http://www.ssearenabelfast.com/belfast-boy-burnett-v-haskins

Face value tickets for June 10 are also be available from http://www.stubhub.co.uk/matchroom-boxing-tickets/ . StubHub is the official ticket partner and marketplace of Matchroom Boxing and Anthony Joshua.